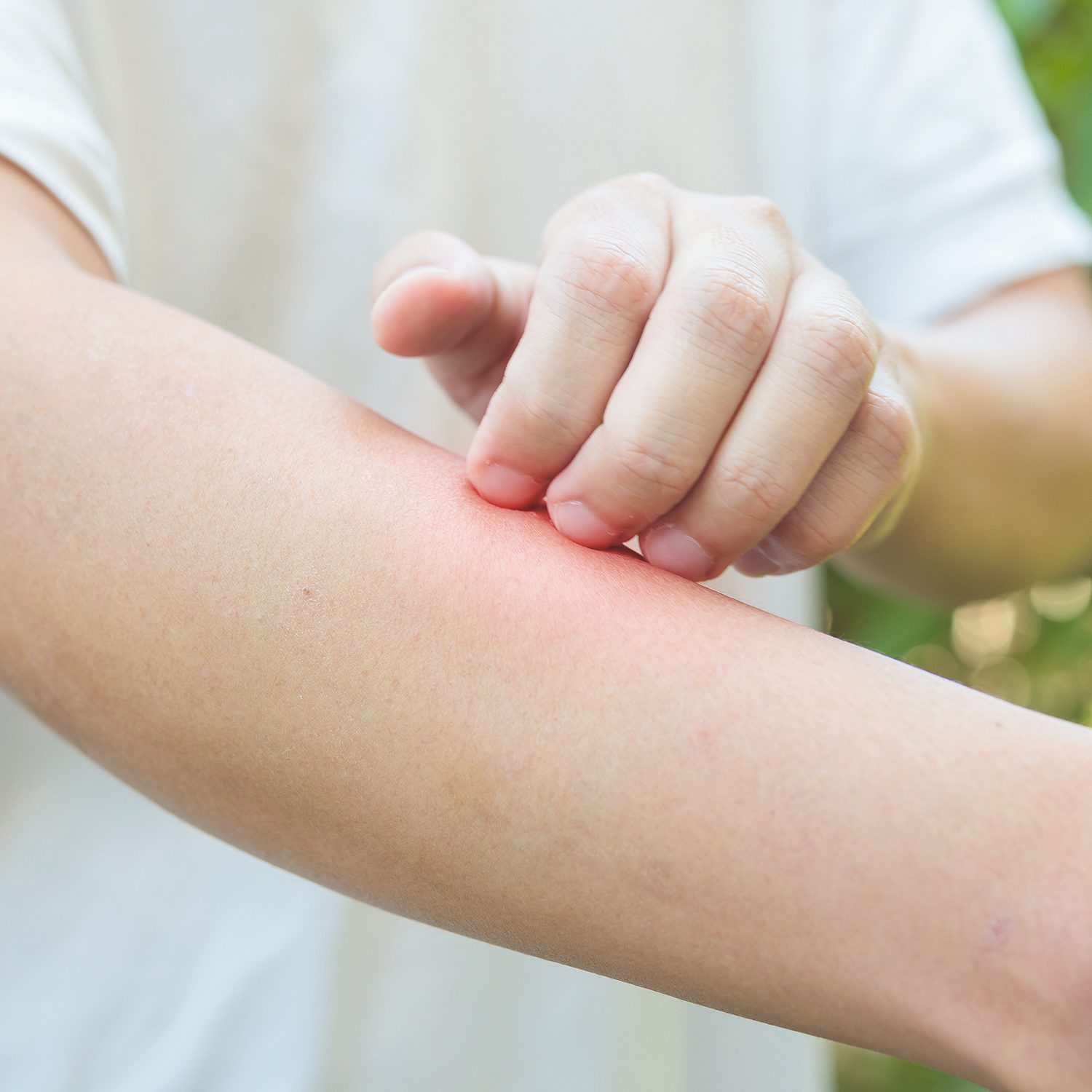 Stings caused by insects often result in allergic reactions due to the venom injected into the skin. When you are stung by any of these insects, your body may react, just like the skin will respond to any external stimulus. Most people fear insect stings more than the actual resultant allergy. The natural remedies for insect sting allergies you will read in this post will help you deal effectively with your allergic reactions whenever you suffer from stings by any of these insects.

What are Stinging Insects?

Stinging insects you can find in the United States include fire ants, wasps, hornets, yellow jackets, and honeybees. Even though not everyone is allergic to the venom from insects, there may still be reactions to the skin; such reactions include redness, swelling, and mild pain.

Reactions from most insect stings are not allergic; they often result in redness, swelling, itching, and pain on the spot of the sting. In some cases, the swelling might be extended, but it is not often something dire. For these kinds of reactions, you may need only local treatments. You may need to disinfect the area, apply ice to it, and keep it clean all the time. Sometimes you might apply corticosteroid creams to reduce inflammation. In addition, the use of antihistamines can be effective in controlling itching.

The allergic response to insect sting usually involves a systemic reaction. This kind of reaction occurs in people that have developed antibodies against the venom of an insect from initial exposure. Research has revealed that between 0.3% and 3% of insect stings trigger a systemic allergic reaction.

You can reduce all these reactions with natural remedies for insect sting allergies.

Allergic reaction from insect sting is not the same with everyone; it varies from person to person. However, a common reaction is that one that is confined to the sting site alone. You can easily disinfect that area by washing it with soap and water; then, you can apply ice to reduce the swelling that the sting may cause.

A more significant reaction may result in swelling that goes beyond the sting site. For instance, a sting on the foot may result in the entire leg swelling. Even though it might look severe and alarming, you can treat this condition in the same manner as a normal reaction. However, a reaction that is unbearably painful or very large may require immediate medical attention.

Wasps, yellow jackets, and fire ants can sting repeatedly. Honeybees, however, have barbed stingers they leave behind on the skins of their victims. The best way to remove these stingers is by a scraping method instead of a pulling motion; otherwise, you may squeeze more venom into the skin the struggle to pull out the stinger.

About everyone stung by fire ants develops a lump or an itchy, localized hive around the sting site, but the swelling usually goes down within an hour – and a small blister can thereafter appear within four hours. The blister often seems to be filled with pus-like liquid within 24 hours. You don’t need to panic if this blister occurs; it is simply a dead tissue, and it is rarely infected unless you tear it open. The lesions may leave a scar when healed. The treatment for fire ant stings is to prevent secondary bacterial infection, which can happen if you break or scratch the pustule. Do not break the blister to avoid further infection.

Symptoms of an allergic reaction to insect sting may include one or more of the following:

Anaphylaxis, or a more serious allergic reaction, may occur within minutes after the sting. If this happens, you may require a dose of epinephrine and immediate medical attention. Symptoms of this may include the following:

Those who have had severe reactions to insect stings should try as much as possible to avoid getting stung again. They have a 60% chance of experiencing the same reaction (or even worse) if attacked by insects again, and the natural remedies for insect sting allergies may not work effectively on them.

Allergists recommend the following precautions to avoid getting stung by insects, especially whenever you are outdoor:

You should consult your allergist if you have had an allergic reaction to an insect sting.

You can treat most bee stings at home, except you are experiencing a sign of severe allergic reaction. The following natural remedies for insect sting allergies:

Honey may help with itching, pain, and wound healing. To use honey to treat bee stings, apply a small amount of the honey to the part affected. Then, cover the spot with a loose bandage and allow it to remain there for about an hour.

Mixing baking soda with water will form a paste; this paste will help neutralize the venom from an insect bite. In addition, the paste will reduce swelling, itching, and pain. Apply a thick layer of baking paste to the area affected. Cover with a bandage and allow it to remain that way for at least 15 minutes.

Many people believe that vinegar can neutralize the venom from an insect sting, and their beliefs are correct. You can try it yourself if you suffer from an insect sting. Soak the sting spot in a basin of diluted apple cider vinegar for at least 15 minutes. You will feel relieved afterward. You can also follow another process by soaking a cloth or bandage in the diluted vinegar and then gently applying it to the sting site. You can do this as many times as possible until you do not feel the pain anymore.

Wet aspirin tablet is one of the most popular natural remedies for insect sting allergies; even as popular as it is, many people still do not know how effective it is. It is effective for reducing swelling and pain from a bee sting. Apply aspirin paste or wet aspirin to the site of the sting. However, the effectiveness of wet aspirin tablets varies from person to person. In some people, the topical application of aspirin to insect sting may worsen the condition by increasing redness and swelling. If a wet aspirin tablet does not work for you, quit using it immediately.

These herbs contain wound-healing properties which may help in relieving the symptoms of insect sting allergies:

You can treat insect stings traditionally with a cold compress or ice to reduce swelling and pain. You can also make use of anti-inflammatories like Advil or Motrin. Calamine lotion or hydrocortisone cream can help in relieving redness and swelling. In the case of severe swelling and itching, you can take an oral antihistamine like Benadryl.

Do not scratch the sting site if you want to reduce your risk of infection. Scratching will only increase redness, swelling, and itching. If you know that you have suffered from anaphylactic shock in the past due to insect stings, then you may need to carry an EpiPen with you all the time. EpiPen may help prevent severe, life-threatening allergic reactions whenever you suffer another insect sting attack.

Insect stings can be pretty painful; it does not matter whether you are allergic to the sting or not. If an insect stings you, do not panic; remain calm. You may be fine after the attack.

Which Medication Can Cure Allergic Reaction to Insect Sting?

Hydrocortisone cream or Calamine lotion can be applied over the affected area to eliminate itching, swelling, and redness. Avoiding scratching over the stung area will also minimize the effects significantly.

Can ACV be Used for Treating Insect Sting Allergic Reactions?

Yes, if the allergy is due to a bee sting, research has shown that ACV can neutralize bee venom and ease swelling and pain. Soaking ACV using a cloth and placing it over the affected area for 15 minutes or more can help.

What are the Common Symptoms Of Insect Sting Allergies?