5 Best Home Remedies To Get Rid Of Lice

7 Effective Home Remedies To Get Rid Of Cold

9 Home Remedies To Get Rid of Viral Fever 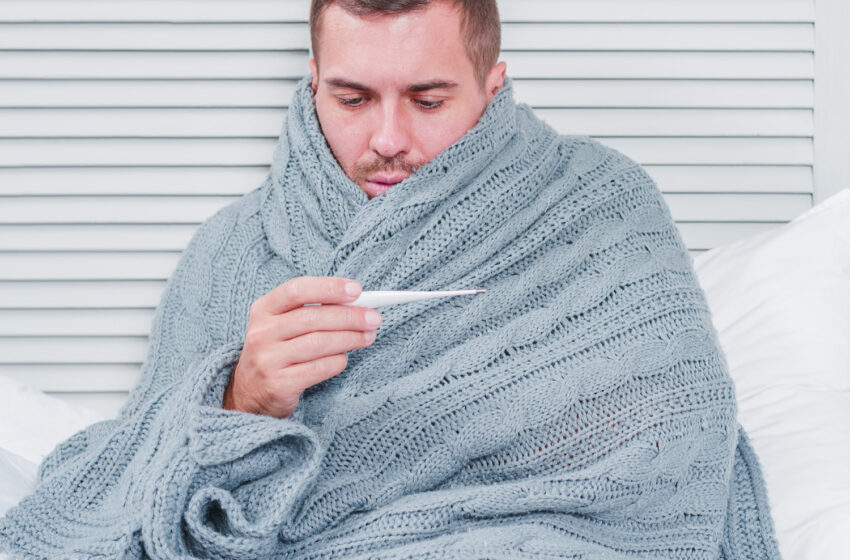 Home Remedies To Get Rid of Viral Fever

Viral fever is widely common and may affect people of all ages. It is particularly common in children and older adults due to their weak immunity, which is not strong enough to fight the viral-causing pathogens. Viral fever can also be transmitted from one person to another. Hence, the need to get rid of it quickly when it comes. While some viral fevers may cause you to visit your physician and carry out some tests, you can deal with most viral fevers in the comfort of your home.

In this post, you will learn the classes of viral fever, including the causes, symptoms, prevention, and some home remedies to get rid of viral fever.

What Are Viral Fever?

Any body temperature above the standard temperature of 37°c (98.6°F) is considered to be a Fever. A virus is an ultramicroscopic infectious agent that can reproduce and survive inside a living cell.

Viral fever can be classified into:

A low-grade fever is an increase in body temperature above 37°C or 98.6°F and below 38.3°C or 100.94°F. It is the most common type of viral fever that is associated with cold and flu and have symptoms like sore throat, cough, shivers, fatigue, and so on.

High-grade fever is an increase in body temperature above 38.3 °C or 100.94°F and as high as 39. 3°C or 103°F. It requires the immediate attention of a physician and proper treatment must be given immediately to prevent further complications.

Viral fever is caused by viral infections, which include the following:

Adenoviruses are made of DNA and are responsible for fever in young children. They infect the upper respiratory tract, neurologic system, and ophthalmic system.

The human herpes virus is also called the Herpes simplex virus. They have the DNA as their genetic material and are of two types: type 1 (which involves cold sores on lips and nostrils) and type 2 (which causes wounds on the genitals).

Enterovirus relates to the word ‘enteric,’ which means intestinal, as it majorly affects the intestines. They are made of RNA and proteins and are found majorly in the feces of an infected person.

Parechoviruses are also made of RNA and they affect the respiratory and gastrointestinal systems.

There are five major types of viral fever, and they include:

Respiratory viral fever occurs when the inner lining of the airways is invaded by viruses. The airways include the nostrils, pharynx, larynx, sinuses, trachea, bronchial, and lungs. An individual will get infected when contaminated air is breathed in and carried into the lungs by the trachea. This causes symptoms like running nose, sore throat, cough, nasal congestion, and so on. The body then tries to fight this viral infection and an increase in body temperature occurs, which is the viral fever.

Neurologic viral fever occurs when viruses enter the nervous system through the neural route called the axonal transport or may be transmitted through blood crossing the blood-brain barrier. Examples of neurologic virus-related infections that can cause viral fever include viral meningitis, viral encephalitis, viral myelitis, and so on. Other symptoms of neurologic viral infections include nausea, neck pain, headache, irritability, and seizures.

Exanthematous viral fever is a type of viral infection that results from skin infections and rashes. It is highly contagious and can spread from one person to another person through close contact. The immune system reacts to the toxins produced by the body by causing a rise in temperature above normal levels, leading to viral fever. Other symptoms of exanthematous viral infection include rashes in the upper limb, lower limb, face, trunk, and armpit, irritability, and muscle and joint pain.

Hemorrhagic viral fever is a dangerous type of viral infection that may lead to death. Therefore, it is very important to prevent it. They destroy the walls of blood vessels and cause them to rupture, thereby leading to bleeding. This immediately increases the body’s temperature. Hence, the viral fever. Other symptoms of hemorrhagic viral fever include muscle ache, joint ache, fatigue, and dizziness. Extreme cases may result in liver failure, kidney failure, delirium, and bleeding.

When the intestines are irritated by the presence of a virus, they experience symptoms such as diarrhea, vomiting, cramps, and so on. All these can as well lead to an increase in the body temperature above normal levels. Other symptoms of gastrointestinal viral infection include nausea, stomach pain, and loss of appetite. Due to the vomiting and diarrhea, you may start experiencing dehydration.

Modes of Transmission of Viral Fever

Here are the ways through which viral fever can be transmitted:

When a person coughs or sneezes without proper covering, secretions can be passed into the air, which can be breathed in by another person and can lead to an infection. The body reacts to this infection by causing a surge in the body temperature.

Water, particularly underground and untreated water, can be contaminated with pathogenic microorganisms due to pollution by animal and human feces. Drinking such contaminated water can lead to viral fever.

Contaminated food may contain viruses that may cause foodborne illnesses that spread quickly to other people. Eating contaminated food can cause infection and lead to viral fever.

Pathogen-carrying insects, such as mosquitoes, may bite an individual, causing infections like Dengue fever, malaria, and so on. Animals like dogs may also bite a person and cause infections like rabies. Following this infection, the body then reacts to it by causing an increase in body temperature, which is viral fever.

Personal Hygiene is a good way of preventing viral fever, and below are some of the habits you can imbibe to prevent viral fever:

Make it a habit to cover your nose and mouth when you want to sneeze and when someone sneezes around you. This is because contaminated droplets may be transmitted to you and then you become infected.

The washing of hands cannot be overemphasized. It is very important for us to wash our hands before eating, after eating, when we enter our houses, after caring for a sick person, after using the toilet, when cooking, after doing chores, and so on. When we wash our hands with soap and water, it removes germs and prevents us from contaminating what we do with infections.

3. Use of Hand sanitizer

Hand sanitizers are useful particularly after visiting the hospital. They help to kill microorganisms that may be present in the hand. The hand sanitizer must contain at least 60% of alcohol in order to work properly. Do not use hand sanitizers when your hands are greasy and have dirts on them.

Insect bite has been established to be a carrier of viral infections. An example of such an insect is the mosquito and it can be prevented by using insect repellants, insecticides, and mosquito nets. Moving away from areas with numerous insects and proper care for your household pets, e.g dogs, can also help in preventing insect bites.

Overcrowding is one of the major ways of transmitting infections. As the number of potential transmitters increases when there’s a crowd, there’s a higher probability of getting infected when you’re among them. Therefore, it is good to avoid such areas.

More habits to imbibe include:

Home Remedies To Get Rid of Viral Fever

When the body temperature is high above normal, it will cause dehydration, which is the loss of water from the cells. Drinking water helps to keep the body hydrated, thereby reducing viral fever. Fluid can also be lost from the body during vomiting and diarrhea, which are commonly present during gastrointestinal viral infection. Therefore, it is important to take fluids that help to maintain water balance in the body.

Sore throat is one of the symptoms of respiratory viral infection that causes fever. Gargling with salt water has been found to be useful in reducing this symptom. Dissolve 1/2 to 1/4 teaspoon of salt in lukewarm water and then gargle it.

A steamy shower helps in relaxing your tensed muscles and breaks all forms of nasal congestion caused by the viral infection.  This in turn helps to reduce the symptom of the viral fever.

4. Ice on the forehead

Ice cubes stacked inside a towel or damp cloth can be placed on the forehead to reduce the tension caused by headache, which is one of the symptoms of viral fever.

It is important to rest well and not perform any strenuous activity so that your body temperature will not keep rising. Adequate rest helps the body to heal quickly and enables it to go back to normal.

The combination of lime juice and honey works like magic. Add a glass of lukewarm water into the lemon juice and mix with  2 teaspoons of honey.  This helps to reduce the symptoms of viral fever and helps to boost immunity by detoxifying.

Ginger tea helps in treating the symptoms of viral infections and black pepper helps in fighting the infection itself. So the combination of the two is great.

Rice water is absolutely one of the best methods of treating viral fever. The good news is that it has no side effects and generally helps in boosting health and wellness. It helps in the prevention of constipation and treating diarrhea, thereby reducing the symptoms of gastrointestinal fever.

Inhalation of steam produces a temporary effect, and it must be done with care. It works by breaking thick mucus in your nasal passageway and helps them to come out freely causing a reduction in the tension headache causes. It also allows for easy breathing before the time its effect elapses. Peppermint oil can be added for proper effectiveness but should be avoided in children.

Viral fever is not a disease itself. It is rather a recovery mechanism following a viral infection and it is expected that the above measures should reduce or remove the symptoms. However, if the home remedies to get rid of viral fever don’t reduce or have any impact on the symptoms felt, you should immediately consult the physician. People with hemorrhagic viral fever should seek the services of a physician immediately as it very dangerous and appropriate treatment must be given as fast as possible.

5 Best Home Remedies To Get Rid

7 Effective Home Remedies To Get Rid