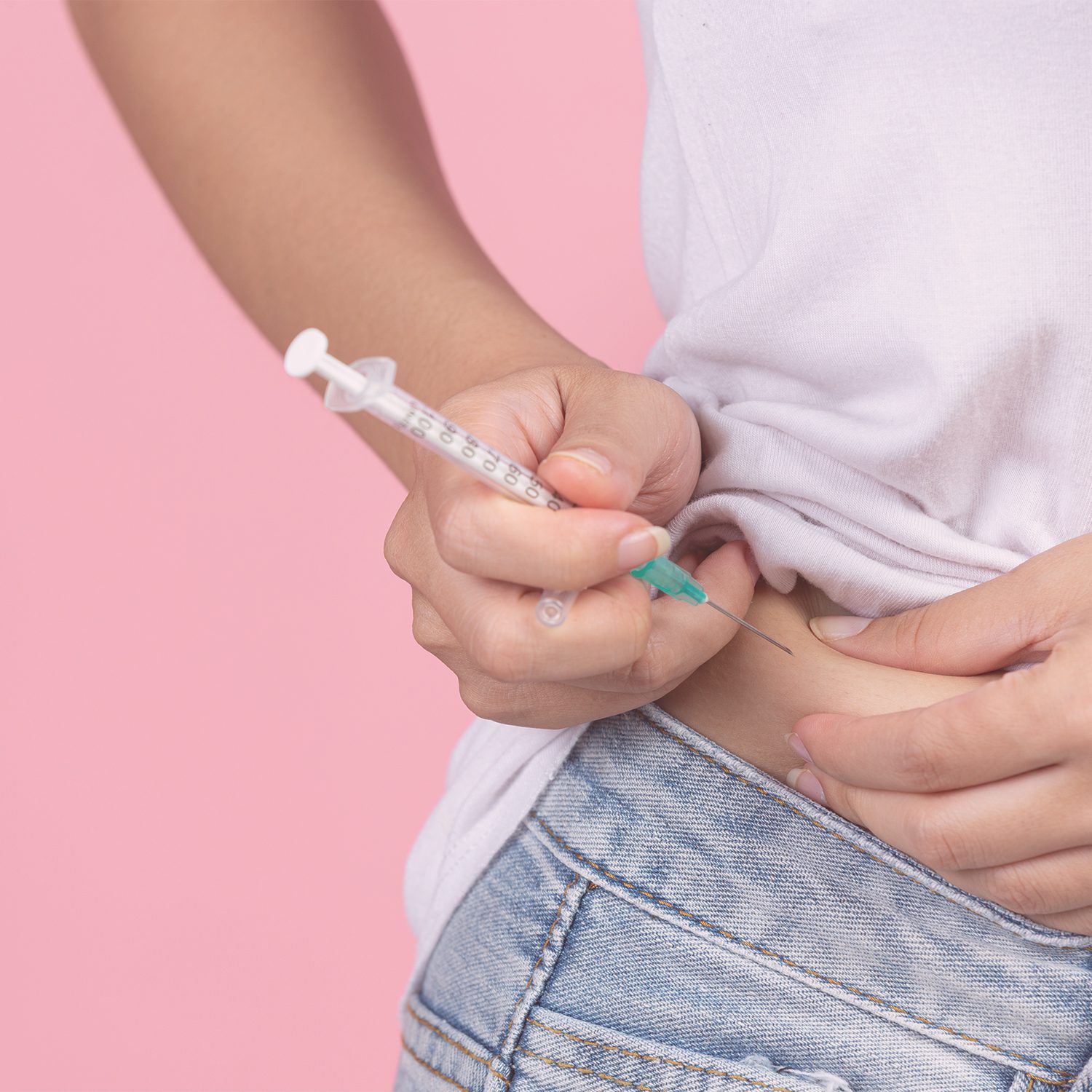 Insulin resistance affects more than 32.2 percent of the United States population, increasing the risk of diabetes. It is possible to have insulin resistance for many years without even knowing it simply because it has no noticeable symptoms. Due to this situation, it is essential to regularly check your blood sugar levels and consult your doctor about the best treatments. However, you can battle this condition with natural remedies for insulin resistance.

This condition occurs when the cells in your liver, fat, and muscles stop responding to insulin and cannot use glucose from your blood for energy. As a result, the pancreas produces more insulin, causing high blood sugar levels to make up for this.

People with high cholesterol, high blood pressure (hypertension), obesity, and a sedentary life supported by a diet high in refined carbs and processed sugar tend to be more susceptible to insulin resistance.

When the glucose in the bloodstream is too much, insulin begins to knock on the cell’s door frequently. Eventually, the cell gets frustrated and completely locks the door, resisting insulin’s attempt to enter. As a result, that cell has become insulin resistant, which is a problem because it does not get the necessary energy while glucose moves in the bloodstream freely.

You cannot be entirely sure that you have insulin resistance without running the necessary blood tests. Insulin resistance symptoms are not as noticeable as you might expect, but the following are signs that may indicate its presence:

When you notice any of these in the tests you carry out, you should begin to incorporate the natural remedies for insulin resistance as soon as possible.

Various factors can be responsible for insulin resistance, and one of them can be elevated fat levels in your blood. The primary cause of increased fat levels is usually a diet high in processed foods, trans fats, and calories, which frequently lead to sudden weight gain, overeating, and obesity.

Excess body weight may trigger increased visceral fats – these are dangerous belly fats that accumulate around your organs. The fats are responsible for releasing many fatty acids into your blood, including inflammatory hormones that trigger insulin resistance.

Insulin resistance is often a result of unhealthy lifestyle habits, which reflect in:

Symptoms of Insulin Resistance in Females

Women suffering from any hormone imbalance (such as polycystic ovary syndrome – PCOS) are at a greater risk of developing insulin resistance since their bodies cannot respond to insulin as quickly as they should.

Women with polycystic ovary syndrome are at more risk of developing insulin resistance if they are above 40, have high blood pressure, have high cholesterol, are mostly inactive, and are overweight. Over time, they may be craving salty and sweet foods, tingling sensation in hands and feet, frequent urination, fatigue, increased hunger or thirst, or similar signs which prove they are resistant to insulin.

PCOS – Polycystic Ovary Syndrome is a hormonal disorder that occurs in women in their reproductive age. It results from prolonged menstrual periods and the growth of small follicles of fluid on the ovaries. If left untreated, polycystic ovary syndrome may trigger severe complications, such as various chronic cardiovascular diseases, abnormal triglyceride and cholesterol levels, type 2 diabetes, pregnancy-induced high blood pressure, miscarriage, and infertility.

Your doctor will make employ several methods to find out if you are insulin resistant or not. Blood tests are the most accurate indicator of the condition. The blood tests can show high triglycerides, fasting insulin levels, and low cholesterol levels also called HDL (high-density lipoprotein) cholesterol.

1. Include Spices and Herbs to Your Cooking

Spices and herbs have medicinal properties, and people used them for treatments long before they incorporated these medicines into cooking. It was about a few decades ago that scientists began to identify their health-promoting properties. For example, spices and herbs, including garlic, ginger, turmeric, and fenugreek, have been promising in increasing insulin sensitivity.

Cinnamon is a popular and tasty spice with various plant compounds. It also can increase insulin sensitivity and reduce blood sugar. For instance, an analysis found that consuming about to 3 teaspoons of cinnamon each day will significantly decrease short- and long-term blood sugar levels. Further research suggests that cinnamon improves insulin sensitivity by helping receptors for glucose on muscle cells become more efficient and available for transporting sugar into the cells. Another interesting study revealed that cinnamon has some compounds that can mimic and act directly on cells.

Even if you are not suffering from insulin resistance, green tea is a beautiful beverage for overall health. People who have diabetes (or those at risk of it) should consume more green tea. Green tea can reduce blood sugar and increase insulin sensitivity. The beneficial effects of this tea may be due to its potent antioxidant epigallocatechin gallate (EGCG), which is capable of increasing insulin sensitivity.

You can use vinegar for several things because it is a versatile liquid. You can use it to clean or use it as a food ingredient. It is also excellent in apple cider vinegar, a trendy beverage in the community of natural health. Vinegar is capable of increasing insulin sensitivity by reducing blood sugar levels. It also can delay the stomach and keep it from releasing food into the intestines, allowing the body more time to absorb sugar into the bloodstream. Apple cider vinegar increases insulin sensitivity by 34 percent during a high carbohydrate meal in people originally insulin resistant. It increases the sensitivity by 19 percent in people who have type 2 diabetes.

As with all supplements, they may interact with your current medication. Therefore, before using any of them, it is best to discuss your options with your doctor.

Carbs are the primary stimulus that increases insulin blood levels. When the body changes carbs to sugar and releases it into the bloodstream, the pancreas releases insulin to transport sugar from the blood into the cells. You can increase your insulin sensitivity by reducing your carb intake. Diets high in carbs can lead to a spike in blood sugar, which puts more pressure on the pancreas to get rid of sugar from the blood.

Another way of increasing your insulin sensitivity is by spreading your carb intake evenly throughout the day. By eating smaller portions of carbs throughout the day, you will be providing your body with less sugar at each meal, easing the job of insulin.

The type of carb you settle for is also quite important. The best carbs are the low-glycemic index (GI) because they slow down the release of sugar in the blood, allowing insulin to work more efficiently. Carb sources with low GI include quinoa, brown rice, sweet potatoes, and some variety of oatmeal.

It would help if you tried to remove artificial trans fats altogether from your diet. Unlike other fats, trans fats provide no health benefits whatsoever. Instead, they increase the risk of many diseases. In addition, high trans-fat intake may result in poor insulin resistance and blood sugar management.

Foods that contain trans fats include donuts, pies, and fried fast foods. In addition, you can find artificial trans fats in more processed foods. In the year 2015, the Food and Drug Administration (FDA) considered trans fats unsafe to consume. The administration gave food manufacturers three years to apply for special approval or gradually eliminate trans fats from their food products.

It would be best if you considered trying some of the natural remedies for insulin resistance already provided in this post so that you can increase your insulin sensitivity and reduce your risk of diseases associated with the resistance. However, you must talk with a healthcare specialist before adding supplements to your treatment regimen. Preventing insulin resistance is one of the most powerful ways to live a healthier and longer life. Start improving your condition with simple lifestyle measures, such as exercising, eating healthy foods, and losing fats.

What Supplements are Best for Insulin Resistance?

Which Essential Oils are Preferred For Insulin Resistance?

What are the Early Signs of Insulin Resistance?