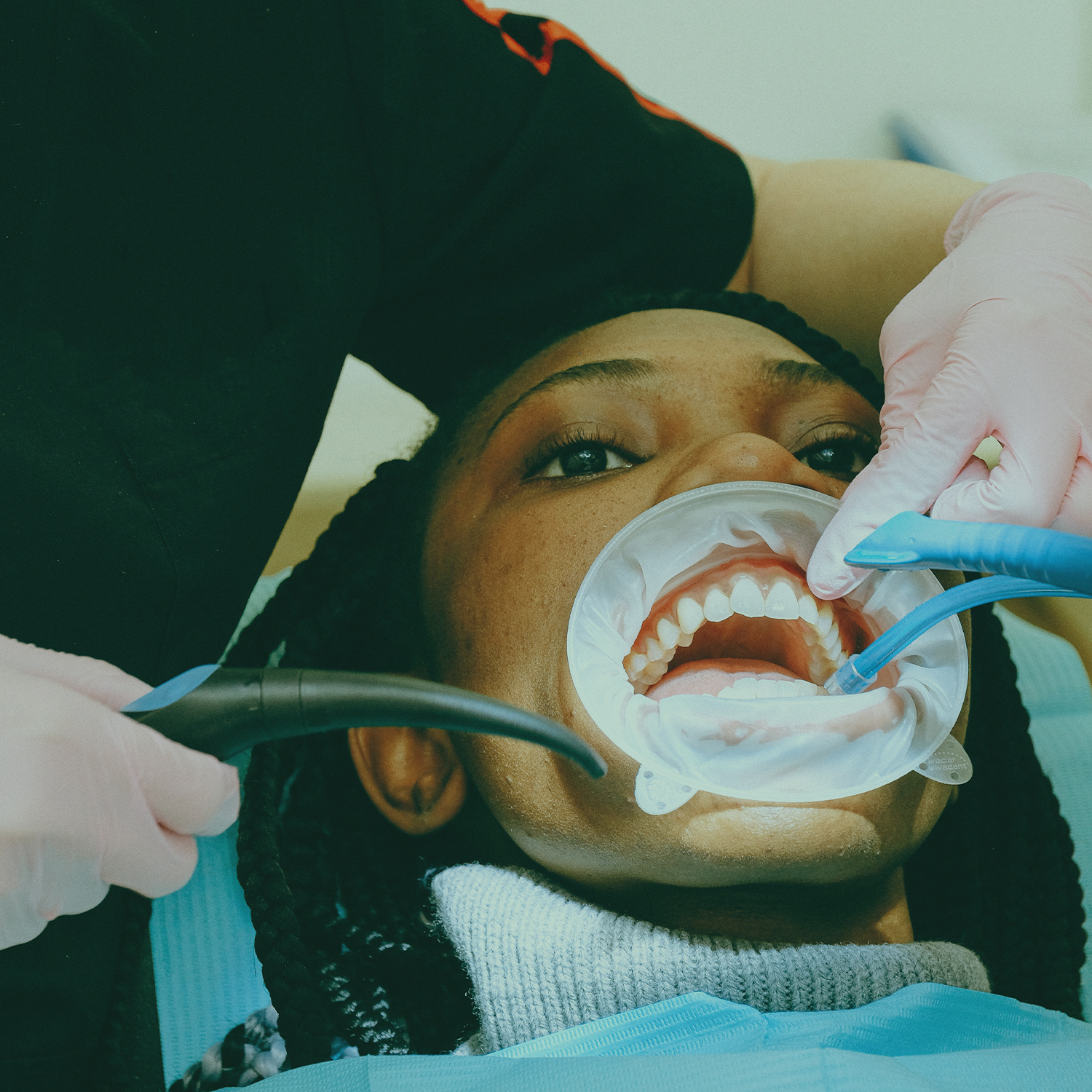 The medical term for a situation where the gums pull away from the teeth is receding gum. When the gum pulls away, the process can expose areas of the teeth, causing sensitivity and an increased risk of tooth decay. This post mentions some home and natural remedies for receding gums. The post will also provide details on when to visit a dentist. Gums might push back around a tooth if it stays in an abnormal position. Receding gums becomes a severe condition when the root of the teeth becomes visible, putting the teeth at the risk of infection, decay, and loss.

What are Receding Gums?

Receding gums is a condition that results in the damage of the pink, soft tissue surrounding the teeth. The gums are made up of pink tissues in the mouth that connect with the base of the teeth. There is one gum for each set of teeth. The gum tissue (usually called gingival) is dense. It has an excellent supply of blood vessels under a moist surface, also called the mucous membrane. The gum tissue links with the rest of the lining of the mouth, but rather than being shiny red, it is pink.

The gum strongly connects to the jawbone and firmly covers each tooth right up to the neck region. When intact, the gums cover and protect the roots of the teeth. However, a gingival recession occurs when a person has experienced a loss of tissue in the gum. It reveals the fragile roots of the teeth to plaque and bacteria, and it can result in decay.

According to ADA (American Dental Association), receding gums may occur because of the following:

Some people may also be susceptible to gingival recession due to inherited factors. These factors include the gum thickness and position of the teeth. Wear of the gums by brushing the tooth vigorously or using hard bristles is another common cause of receding gums. Brushing too hard or over-brushing results in receding gums, even when the dental hygiene might be good.

This kind of physical recession affects the left side of the mouth more. This is because most people hold a toothbrush in their right hand and exert more pressure on their left gums. As a result, the side gums feel the pressure more than the front area. Other physical factors that cause the tooth to push back include tongue or lip piercings, damage from dental treatment, and misaligned teeth.

Some people are more susceptible to the inflammatory causes of gingival recession because they have more delicate tissue. Thinner gum tissues will make it more likely for plaque to cause inflammation. The following dental conditions may result when plaque builds up on the teeth:

Age is a significant factor for receding gums. About 88 percent of those older than 65 years have receding gum in one tooth at least. People who use tobacco products and smoke also suffer an increased risk of gingival recession. Another major factor is genetics, as those with weak or thin gums can pass on these characteristics through their genes. Diabetes also increases receding gums risks.

Most importantly, gingival recession can be a symptom of underlying dental problems and increase the risk of tooth loss and tooth decay. They can also cause bleeding gums and bad breath.

The time required for a natural remedy to boost your gum health depends solely on various factors, such as:

Before discussing natural remedies for receding gums, you should speak to your dentist for further tests and advice if you do not notice any positive change in your gum health while using the natural remedies.

A person can include natural remedies in their oral health routine to help strengthen their gum health. Here are some of the most effective and safe natural remedies for receding gums you can use alongside standard treatments of gingival recession.

Oil pulling is a system of swishing oil around your mouth to dislodge hidden bacteria that could cause gum disease. First, swish the oil around your gums and mouth for 5 to 20 minutes, and then spit it out. Next, thoroughly rinse your mouth and gums with warm water and brush your teeth as you usually do.

You can perform oil pulling in between meals by using one of the following:

When using the oil-pulling method, make sure you do not swallow any of the oil because it may contain toxins and bacteria. Regular oil-pulling methods and an excellent oral hygiene routine help decrease the number of bacteria in the mouth.

A research carried out in 2014 discovered that a mouthwash containing extracts of tea tree oil, basil, and clove demonstrate ant-gingivitis and anti-plaque properties. However, the study emphasizes that further research is necessary to determine the long-term efficacy of the preparation. The essential oils (tea tree, thyme, and peppermint) contain antiseptic properties against oral bacteria in the petri dish. Further studies need to commence to determine if the effects also apply to oral bacteria that reside in the mouth. Consult your dentist before using essential oils to treat receding gums. This is because some essential oils can be poisonous if ingested.

Antioxidants are compounds that help stop damage to the body’s cells. A meta-analysis carried out in 2019 discovered that antioxidants may help reduce gum inflammation connected with gum disease. Specifically, it may result in the following oral health improvements:

A further study investigated whether an antioxidant supplement containing green tea and lycopene extract could boost oral health when incorporated with an excellent oral hygiene routine.

A result gathered from a 2016 study also supports using green tea for oral health. In this study, participants with gingivitis were asked to chew either a placebo chewing gum or a green tea chewing gum for a quarter of an hour per day for 3 weeks. Those who chewed the green tea exhibited a significant reduction in the following measures:

This pro herbal preparation is both antimicrobial and anti-inflammatory, and it contains licorice, guggul, Guduchi, and other herbs. In addition, Septilin can boost gum health by reducing gum pocket depth and gum bleeding, making it an excellent treatment option, especially for those suffering from periodontitis. However, the recommended dosage of Septilin for adults is two teaspoons of syrup three times each day or two tablets twice each day. Talk to your dentist to establish your dosage before administering Septilin into your body.

Consuming about 300 milligrams of omega-3 fatty acid for 3 months had two critical effects  in a clinical trial carried out in 2014:

Neem is an ayurvedic remedy, and it is an extract from an evergreen tree that grows in India. Neem has been found to contain antibacterial properties. Research on this extract and gum health is available in a small study published in the Journal of Traditional and Complementary Medicine. The publication came out in 2014.

For this study, over a hundred children (105 precisely) aged between 12 and 15 years old used mouthwashes containing neem, chlorhexidine (an antiseptic available in many types of mouthwash), or mango twice a day for three weeks. Results revealed that the three types of mouthwash helped reduce gingivitis and inhibit plaque.

Good oral hygiene is crucial for fighting bacteria that reside in your mouth. Brush your teeth for at least two minutes at least twice a day with a soft-bristled brush. Also, floss once each day to help remove debris between teeth that can generate plaque buildup. Suppose you discover that your teeth look longer due to receding gums, and the natural remedies for receding gums do not seem to work. In that case, you should visit your dentist as soon as possible for proper medical assistance.

Aloe vera is a popular and highly beneficial herbal remedy for various medical conditions. Aloe vera is most effective for skin care because it contains various anti-inflammatory and repairing properties. If you suffer from gingival recession, aloe vera will help you repair damaged tissues and fight against inflammation. Its antibacterial properties will also keep other infections away from you.

You can use aloe vera gel in two simple ways. First, you can either use it to wash your mouth or for brushing your teeth. After brushing and flossing, apply aloe vera gel on your toothbrush and brush the teeth and gums once again. The process should not last more than 5 minutes. Then thoroughly rinse your mouth with water.

Though the Receding Gum is irreversible, the coconut oil can be used as a mouthwash that prevents oral disease. It can be used as prevention more than a cure.

Can You Stimulate Gum Growth Naturally?

You cannot recover the damaged gum, but you can stimulate gum growth by using Eucalyptus Oil, which has a natural anti-inflammatory germicide, so it kills bacteria around your teeth.

What are the Causes of Receding Gum?

There are several causes for the receding of your gums, a few common causes are aggressive brushing habits, oral jewelry, or oral problems such as misalignment or bruxism.