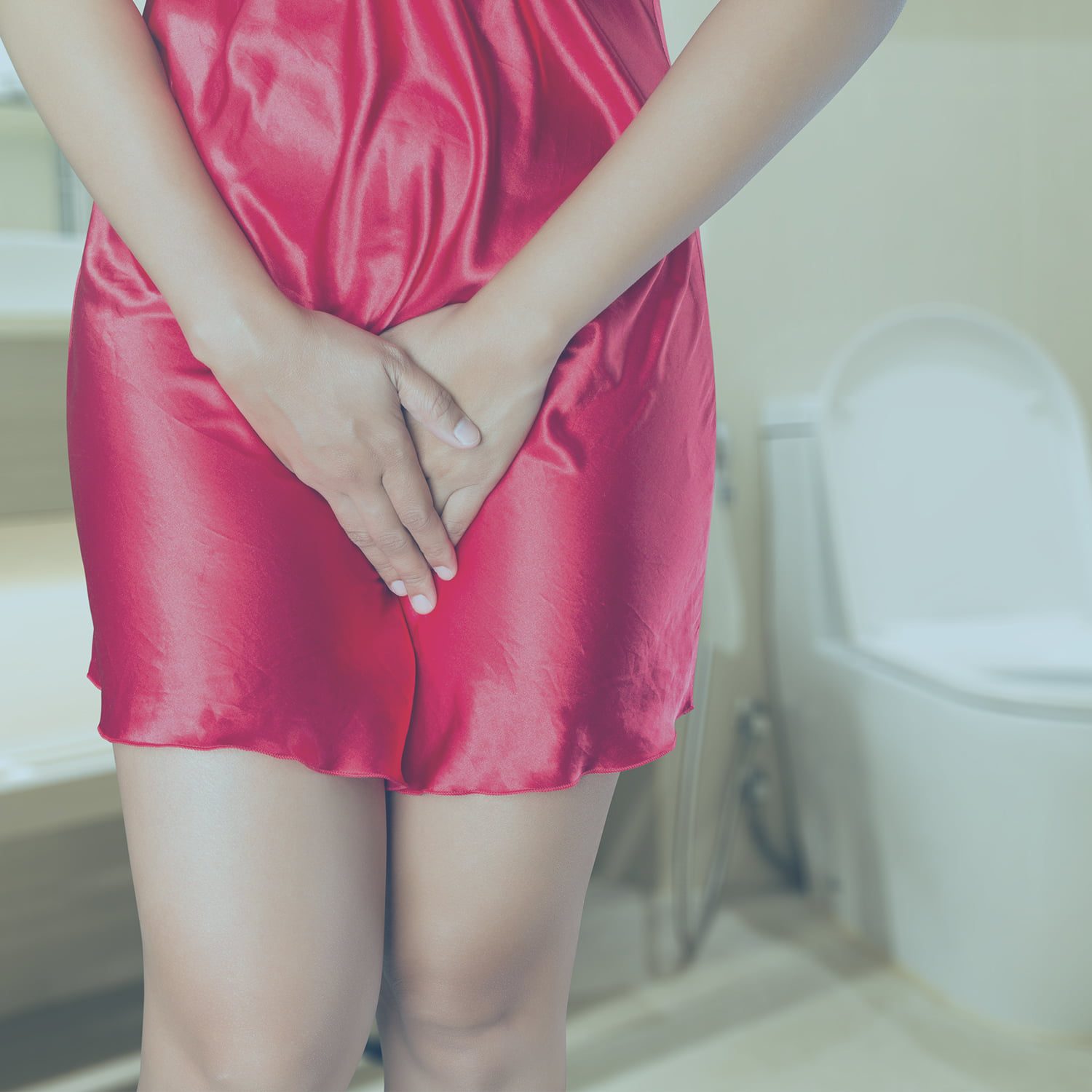 There seems to be a significant lack of knowledge concerning Bartholin’s cyst. Many people who suffer from this condition do not seem to understand how or why they have it. Well, congratulations on finding your way to this post. Here, while you will gain more knowledge about cyst and learn the various natural remedies for Bartholin’s cyst that you can try at home.

In this post, you will be privy to the following information:

What is Bartholin’s Cyst?

Bartholin’s glands are stationed on either side of the vaginal opening. These glands secrete fluid that helps in lubricating the vagina. In some situations, the openings of these glands get blocked, causing the fluid to back up into the gland. The result is often a painless swelling known as the Bartholin’s cyst. If the fluid within the cyst becomes infected, you may develop a collection of pus surrounded by inflamed tissue, which is also called an abscess.

Bartholin’s cyst is a common condition. The treatment of the disease depends on the size of the cyst, how painful it is, and whether it is infected. In some cases, home treatment is all that is required. In other cases, however, surgical drainage of the Bartholin’s cyst may be ideal. If there is a case of infection, antibiotics may help battle such a disease.

It is hard to notice a noninfected and small Bartholin cyst. If there is a cyst growth, you will likely feel a mass or lump near the opening of your vagina. Most cysts are painless, but they can be tender. A full-blown, mature infection of a Bartholin’s cyst can occur just in a matter of days. If the cyst becomes infected, these are its symptoms:

If the abscess develops big enough, it may result in skin breakage called spontaneous rupture by medical professionals. There will be draining of fluid when there is rupture, and the person may notice a vaginal discharge or that the pain has subsided. A Bartholin’s abscess typically surfaces on only one side of the vaginal opening.

Researchers believe that the primary cause of Bartholin’s cyst is the backup of fluid. This fluid may accumulate when injury or infection blocks the duct opening. Various bacteria may be responsible for the infection, such as Escherichia coli and other STIs like Chlamydia and gonorrhea. Other bacteria species that can be responsible for abscess development include the following:

Doctors may diagnose Bartholin’s abscess based on both physical examination and symptoms. During the study, the doctor may do the following:

It is sporadic for Bartholin’s cyst to suggest cancer. However, to ensure that there is no possibility of cancer, especially in patients over forty years old, a doctor may carry out a biopsy, which involves taking a small tissue sample to study under the microscope.

Besides using the natural remedies for Bartholin’s cyst, Bartholin’s abscess majorly requires draining. If there is another development of an abscess, a doctor may recommend marsupialization. In rare cases, a doctor may have to remove the glands. Some other alternative procedures like silver nitrate gland ablation, carbon dioxide laser, and needle aspiration are also available.

Surgical draining often takes place in the doctor’s office or at the hospital. The doctor may numb the area with a local anesthetic or put the person to sleep with a general anesthetic. While performing this, the doctor makes a small incision in the abscess. As soon as the fluid drains out, they will put a small rubber tube (catheter) in the opening. The tube will remain there for about six weeks. It keeps the incision open, making all the fluid inside the abscess drain out. The catheter may fall out by itself after six weeks, or the doctor may remove it.

Marsupialization is a procedure that can help prevent the recurrence of Bartholin’s abscesses. This procedure requires that a doctor makes a small incision in the bump for the fluid to drain out. They will then make use of stitches at each side of the incision to create a permanent opening. The opening is often less than a quarter-inch wide. In some cases, the doctor may have to insert a catheter for a few days to make the drainage process faster.

Marsupialization is generally a successful procedure. Only about five to fifteen percent of Bartholin’s cyst returns after the procedure.

If, after marsupialization, the abscesses still recur, then the doctor may recommend the complete removal of the Bartholin’s glands. But this procedure is often a last resort, and it is rarely necessary.

If a person requires surgery, the procedure occurs in the hospital, and the patient is put under general anesthesia.

Antibiotics have the property to kill bacteria in the glands. A doctor often prescribes these medications before or after surgical treatments on the Bartholin’s glands. In most cases, antibiotics are unnecessary, especially if the abscess drains entirely and does not occur again.

A carbon dioxide laser can create an opening in the skin of the vulva to allow the draining of the cyst. After this has been achieved, the cyst can then be removed and destroyed by using the laser. Alternatively, it can be left in place with a small hole to allow the fluid to drain from it.

During the process of needle aspiration, a needle and a syringe are used to drain the cyst. It is sometimes combined with alcohol sclerotherapy – a procedure whereby the cavity is filled with a 70% alcohol liquid after the cyst has been drained. The alcohol is left in the cyst cavity for five minutes and then drained out.

You can carry out some remedies at home if you do not want to go under the razor. These remedies can provide relief from the symptoms of Bartholin’s abscess. The following natural remedies for Bartholin’s cyst can alleviate the swelling and pain:

Sitz baths can help in easing pain and discomfort. They can also help in rupturing and draining small abscesses. Before taking a sitz bath, fill your bathtub with enough warm water. Lay in the water for about fifteen minutes. Sitting is preferable to just lying down. Sitz bath treatment should be repeated by a patient several times each day for at least 3 – 4 days, or until a person seeks medical treatment or the symptoms subside.

Mixing tea tree oil with castor oil and applying them to the abscess may speed up the drainage. Tea tree oil contains natural antibacterial properties. Use gauze to apply the mixture on the spot and place a hot compress on top of the gauze. Hold it in place for fifteen minutes.

The properties of Aloe vera are both antimicrobial and anti-inflammatory – these two properties help with irritation and pain in cysts. Aloe vera may also help reduce the appearance of certain cysts caused by bacteria or some other pathogens. You can buy Aloe vera gel in any of your local pharmacies or stores. You can also get it online.

Like many essential oils, Castor oil has many health benefits. Castor oil is just as effective as tea tree oil or apple cider vinegar. Research has revealed that this oil is antimicrobial, making it very effective in getting rid of bacteria that live on the skin (causing, for instance, acne or cysts). Use a cotton pad or gauze to apply castor oil directly to the cyst.

For this procedure, you will need the following;

Put all these on a gauze or cotton pad and apply them for at least one hour. Other extreme sufferers have had better results simply by increasing the ingredients. For instance, they can increase it to 2 teaspoons of witch hazel and tea tree oil and 6 oz of calamine.

Another way to get the cyst to pop is by sitting on a hot water bottle. However, you must ensure that it is wrapped in a tea towel or muslin cloth to avoid burning yourself down there.

Prid is a homeopathic drawing salve that helps in drawing out infection and pus. The main ingredients of Prid include calendula, carbolic acid, paraben, arnica, petrolatum, Echinacea, and sulfur in an ointment of beeswax. Magnesium Sulphate Paste is a much cheaper alternative. It is a topical treatment for skin infections like carbuncles and boils.

In place of making use of a hot water bottle, you can use a washcloth immersed in hot water and gently dab it on the affected area. Make sure that you carefully wring the hot water out of the washcloth. Apply the compress for ten minutes and repeat the process at least four times every day.

Silica is a mineral that the body only needs in a small amount. It supports joint structure, skin, hair, and nail health. Its efficacy for Bartholin’s cyst is anecdotal.

Serrapeptase is an enzyme that acts as both an analgesic and an anti-inflammatory. This enzyme tackles bacterial resistance and boosts antibiotic activity.

Anyone who is experiencing the symptoms of Bartholin’s cyst should see a doctor as soon as possible. An untreated cyst can result in the bacteria spreading to other parts of the body. If it eventually spreads to the blood, it may result in a potentially fatal condition called sepsis. Seek prompt medical treatment for the following symptoms;

Some medical practitioners have remarked that sitz bath and some other natural remedies for Bartholin’s cyst can only alleviate the symptoms of Bartholin’s cyst for only a short time. They are effective for people waiting to see their doctor.

Is There any Alternative Medication to Bartholin’s Cyst?

There is no confirmation that either it cures the Bartholins Cyst Completely but Soaking in a tub or sitz a bath four times a day for a few days may resolve an infected Bartholin cyst. Taking over-the-counter painkillers like naproxen, acetaminophen, or ibuprofen may help with discomfort.

How does Tea Tree Oil help With Bartholin's Cyst?

At-home treatments for cysts may help the abscess drain and heal independently. Applying a mixture of tea tree and castor oil to the abscess topically can encourage drainage. Tea tree oil is known for its antibacterial properties and may help clear an infection.

What are the Common Signs of Bartholin’s Cyst?

There are a few common signs of Bartholin’s Cyst, such as a tender lump near your vaginal opening, discomfort while walking or sitting, pain during intercourse, or a fever. If you experience any of these symptoms, it’s important to see your doctor so they can properly diagnose and treat the condition.