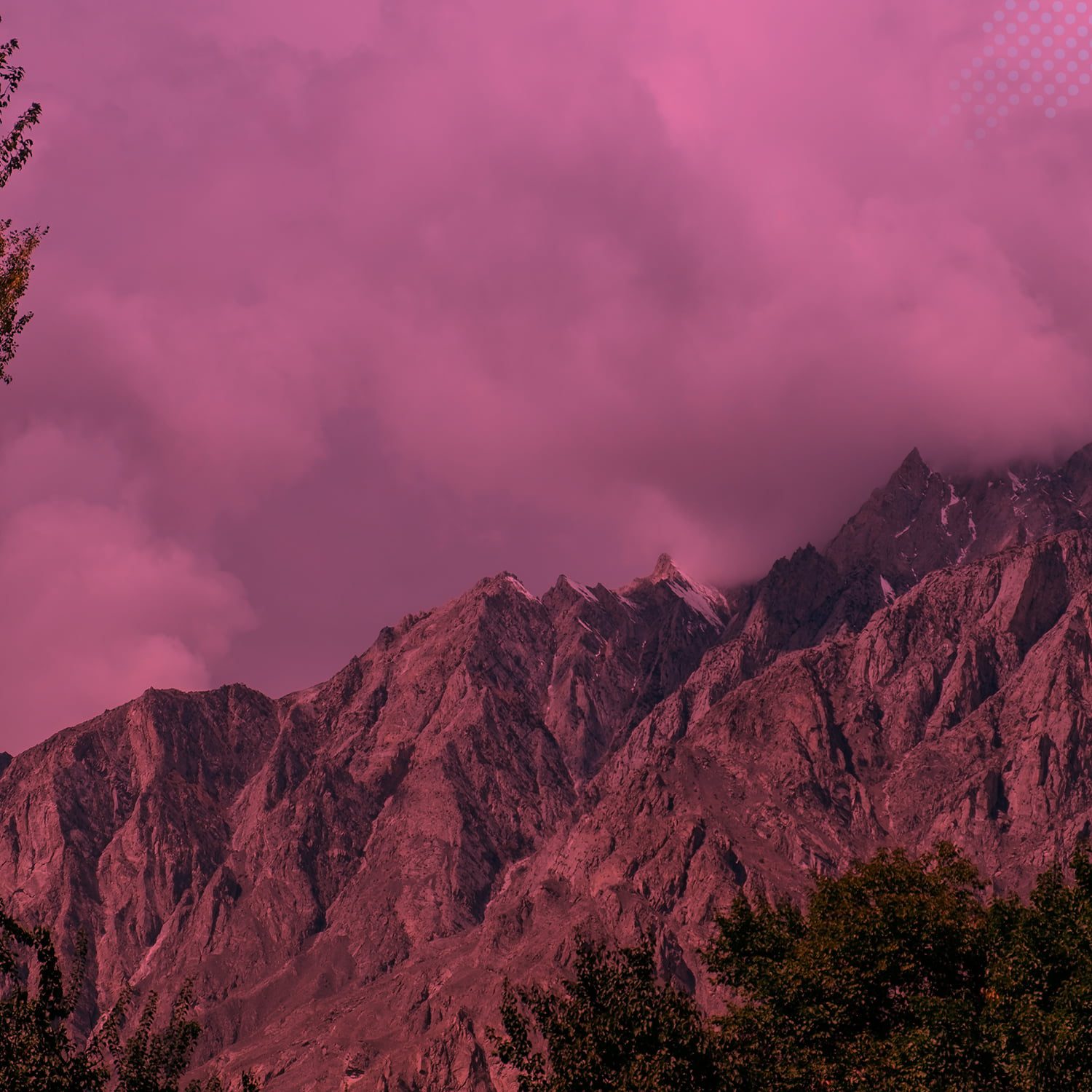 8 Natural Remedies for Altitude Sickness
Altitude sickness is common when people are either climbing or being transported to a higher elevation. The air pressure and oxygen reduce as you climb higher, and this situation often results in altitude sickness. This condition can be very serious, and so natural remedies for altitude sickness may be the best way to save oneself.

What is Altitude Sickness?

It comprises different conditions such as high-altitude cerebral edema, high-altitude pulmonary edema, and acute mountain sickness. These various types of altitude sickness affect about 20 percent of people below the height of 18,000 feet (5,500 meters), but the percentage rises to 50 percent at an altitude above 18,000 feet.

Acute mountain sickness is regarded as the most common and dangerous kind of altitude sickness because it affects people when they arrive at a new height, and this sickness typically lasts a few days. The symptoms of altitude sickness may include difficulty in sleeping, shortness of breath, dizziness, fatigue, upset stomachs, and headache.

Who is Affected by Altitude Sickness?

Altitude sickness can affect anyone since how the body will deal with altitude can never be predicted. It is a condition that affects the young, old, fit, and healthy. There are times you go to an area of high altitude and you will be absolutely fine but feel terrible when you go to another area with high altitude.

Doing anything at a high altitude requires more energy and physical exertion. More fats and calories can actually be burnt at altitude level than when you are at sea level, even when you are resting.

Altitude sickness will affect about 20 percent of people at around 2,500 m.a.s.l, but this percentage increases to 40 percent once the altitude has increased to 3,000 m.a.s.l. but with natural remedies for altitude sickness, you may not be affected by the condition.

Mild symptoms of altitude sickness include:

When you develop mild altitude sickness, it is important that you stop climbing any higher and move to a lower elevation level. These often go away on their own when you return to a lower altitude, and as soon as they are gone, you can begin the trip after a couple of days of rest.

Severe symptoms of altitude sickness include:

All these mean that your altitude symptoms have become severe. Severe altitude sickness can result in fluid in the lungs and brain, which can result in death if not treated on time.

How to Prevent Altitude Sickness

It is often better to prevent altitude sickness rather than trying to treat it when you already have the condition. Consider the steps below.

Even though fit people can have altitude sickness, those who are not in shape are still at greater risk. Therefore, if you have a plan to visit cities that lie at high elevations, or you intend to do a demanding hike like the Salkantay trek in Peru, it is important that you do a little bit of training before you embark on the mission.

Even if you do feel sick, at least the altitude will be the only thing you would worry about rather than your ability to hike.

Taking enough water into your body system will help you adapt to the change in altitude. Therefore, it is important for you to train your body to become used to taking in a larger amount of water; this will be beneficial when you are at a high altitude.

3. Pack everything you require

It is often advisable to allow yourself at least 2-3 days to get used to high altitudes before ascending over 3000 m.a.s.l. Some other medical organizations suggest at least a week.

5. Try to sleep at lower altitudes

High altitude can prevent you from sleeping; the low oxygen levels can affect your breathing during the night, and that can make you feel suffocated. This is often coupled with frequent waking, which can leave you feeling unrefreshed and grouchy the following morning. Therefore it is advisable to always try to catch your sleep at a low altitude.

A balanced diet is a very necessary prerequisite for people who intend to travel to a higher altitude. Your body will be grateful if you add a few more carbs than usual in this situation. The major reason for this is that carbohydrates require less oxygen for digestion than other fats. Just like water, always ensure that you are eating regular meals, even if you are not hungry – because one of the symptoms of altitude sickness is loss of appetite.

When it comes to preventing and treating altitude sickness, there are some effective medications that you can use in the process of climbing a high altitude. However, natural remedies for altitude sickness are even a lot more effective for battling the condition.

Below are some natural foods and dietary supplements that can help you to improve acclimatization at high altitudes.

Our bodies usually have less oxygen to work with when we are at a high altitude. Therefore, anything that can help deliver more oxygen to the body is very useful.

This is where vibrant root vegetable is very important. Beets have a high level of nitrates which the body converts to nitric oxide. This nitric oxide, also known as NO2, helps relax the blood vessels and makes it easier to function in a low-oxygen condition.

Cordyceps Sinensis is a fungus that grows in high-altitude places such as the Himalayas. This herb has long been used by the indigenous cultures of Tibet to help combat the ill effects of high altitude. Quite similar to the nitrates in beet juice cordyceps act as a vasodilator. It aids in acclimatization by helping to deliver oxygen to the cells of the body. Further studies of cordyceps have revealed that the herb can help increase endurance and improve performance in exercise. Cordyceps was credited by the Chinese with their three Olympic world record performances at the Outdoor Track and Field Championships in 1993.

Coca leaf is common for its content; it is the source of narcotic cocaine. Coca leaves contain organic compounds that cause physiological effects on people. These compounds, known as alkaloids are chemically extracted to make the illegal drug. However, the alkaloid content in the raw leaf form is very small and safe for consumption.

Coca leaf has been used traditionally for centuries among the indigenous people in South America. When brewed in tea or chewed coca acts as a mild stimulant that suppresses hunger, thirst, fatigue, and pain.

Coca has the properties to combat the negative effects of altitude. A lot of tourists and local people take coca leaves with them on the high trails of the Andes Mountains in Bolivia and Peru.

This is one of the most effective natural remedies for altitude sickness. This is a tree that produces leaves that have been used to treat a variety of medical conditions. Ginkgo is generally known to improve blood circulation and brain function at low oxygen levels. Ginkgo helps in boosting oxygen saturation.

Studies have shown that ginkgo can help prevent the common symptoms of altitude sickness. One study tested the effects of ginkgo on subjects that had experienced symptoms of altitude sickness before. When they were given the ginkgo Biloba, the subjects exhibited fewer symptoms than the control group. They reported no dizziness, nausea, headaches, or insomnia, including a much lower incidence of shortness of breath.

This plant is found in high altitudes in mountainous regions of the world. It is as if nature puts it there specifically for battling altitude sickness. Rhodiola is known as an adaptogen because of its ability to increase resistance to stressors. As a matter of fact, Rhodiola was first used by Sherpas to combat the stress of working and living at high altitudes.

The root of the plant acts as a booster for energy, and also as a preventative and treatment for altitude sickness.

It is also known by some people as Peruvian ginseng. Maca root is a vegetable that grows underground; it has a close similarity to a turnip. Maca has been grown and cultivated for at least two millennia in the highlands of the Peruvian Andes.

The root crop is a traditional food consumed in Peru for medicinal and nutritional benefits. It is also known to help with endurance, hormonal issues, and strength training. Maca root has also been proven to help the body acclimatize to high altitudes because it reduces the prevalence of mountain sickness and its symptoms.

A study that was performed on Mount Everest climbers has shown that antioxidant supplementation was effective in reducing the incidence of AMS (Acute Mountain Sickness) and improving the physiological profile of the mountaineers.

Antioxidants can be gotten from sources such as vegetables and fruits. However, taking vitamin antioxidants like vitamin C and vitamin E in the form of pills is both convenient and cheap.

The symptoms of AMS can be reduced with natural remedies for altitude sicknesses such as lemon and cinnamon. Lemon juice is effective in reducing headaches, vomiting, cough, and fever. It can also be taken with either crushed garlic or honey – or both – as natural remedies for cold during pregnancy. In the same vein, cinnamon helps in soothing the stomach muscles, thereby preventing vomiting and nausea in the process. These two fruits are very effective in treating altitude sickness. So if you plan on going to high altitudes, ensure that you have them handy.

As with the common medications, one has to be careful when using natural remedies for altitude sickness. Although they are natural, there is a possibility that they can interact with other drugs you are taking. For instance, Ginkgo biloba carries the risk of causing excessive bleeding if taken while you are using anticoagulants. The combination can impede the function of diuretics. It is therefore important to make sure that the natural remedies you want to take are completely safe. Your doctor will let you know if it is safe to take them or not, so listen to their advice and recommendations.

What are the Best Supplements for Avoiding High Altitude Sickness?

What are the Symptoms of Altitude Sickness?