6 Amazing Natural Remedies For Back Pain 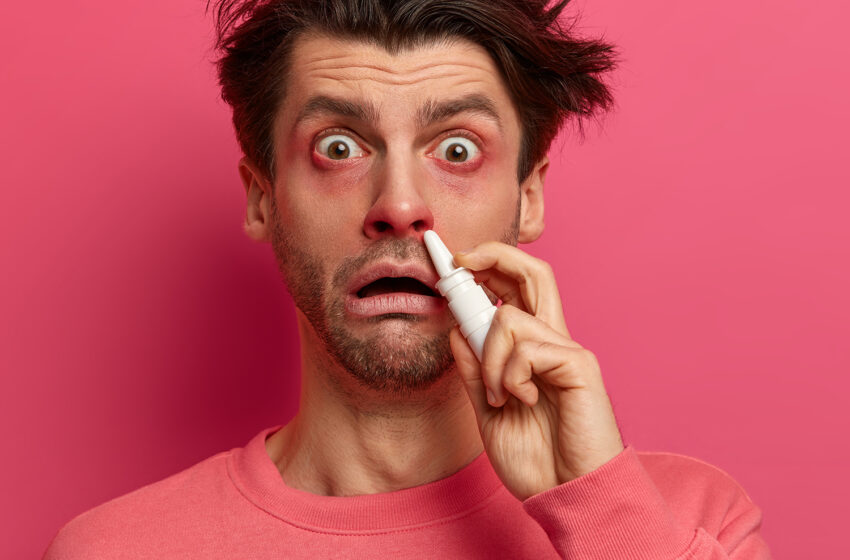 A stuffy nose is also known as nasal congestion, and it can be frustrating when a person has it because it affects day-to-day activities. Many people believe that a stuffy nose occurs because there is too much mucus in the nasal passages, but that is not often the case. A clogged nose is often the result of inflamed blood vessels in the sinuses. A sinus infection, allergies, the flu, or a cold can inflame the blood vessels. No matter the reason for your stuffed-up nose, there are ways you can relieve it.

What is a Stuffy Nose?

Stuffy nose, or nasal congestion, is a term that refers to the blockage of the passage of air within and without the nostrils. The term ‘runny nose’ means a discharge is escaping from the nasal passages. A stuffy nose is often a result of swelling and inflammation of the lining tissues of the sinuses and nasal passages. Less commonly, anatomical blockage (for instance, a deviated septum, foreign bodies) may cause a runny nose. In addition, extended use of some nasal decongestant sprays or drops can cause a worsening of nasal congestion. Rarely, chronic medical conditions or tumors of the nasal passage may be the cause of runny nose.

Nasal congestion occurs when your nose becomes inflamed and stuffed up. Minor illnesses are the most significant causes of a stuffy nose. The illness-related stuffy nose usually improves within a week. If the stuffy nose lasts longer than a week, it’s often an indication of an underlying health issue. Some explanations for long-term stuffy nose may include:

A stuffy nose may also occur while one is pregnant, usually at the end of the first trimester. Increased blood supply and hormonal fluctuations that occur during pregnancy may cause a stuffy nose. These changes may affect the nasal membranes, making them bleed, and become dry or inflamed.

A medical term for inflammation of the nasal cavities and sinuses is ‘rhinosinusitis’, and many issues that cause stuffy nose bear this name, such as:

People suffering from reduced immune function, possibly from diabetes, HIV, or receiving chemotherapy, may be especially prone to stuffy noses caused by infections.

In other cases, a stuffy nose is not a response to an allergen, irritant, or pathogen. The cause may instead be:

People suffering from septal deviation may also experience nasty runny noses. The septum is the thin wall separating the left nasal airway from the right. A deviation means that the wall is leaning to a particular side, making breathing through a nostril difficult, even without a cold or allergy to cause congestion.

Symptoms of a Runny Nose

Even though the runny nose is a symptom and not an illness itself, sometimes even the symptom comes with other symptoms. However, a runny nose can lead to any of the following:

As a cold symptom, a runny nose is typically short-lived and will disappear without treatment once your immune system overpowers the virus. However, a runny nose may hang on for as long as two weeks in some cases. Unfortunately, no medication can cure nasal congestion, but enough over-the-counter products can provide temporary relief.

Find out from your healthcare provider which conventional treatments are ideal for you, especially if you suffer from chronic health conditions or are a pregnant or nursing woman.

When the body reacts to an unfamiliar substance – such as a virus, an allergen, or dust – it launches an immune response, and inflammation can occur. A stuffy nose arises when inflammation affects the blood vessels within the nose, causing the swelling of the nasal tissues. A buildup of mucus can also occur. Although there is no solid scientific claim that many of these home remedies actually work, you may find them helpful if you seek relief from your stuffy nose.

Many people with stuffy noses find relief from inhaling steam. You can practice this by inhaling steam from a bowl of hot water. You can decide to add peppermint or chamomile oil to give it a more healing effect. You can also choose to take a warm shower. Ensure that you do not put your body in direct contact with steaming or boiling water, and also make sure that you place the container on a flat, level surface.

The warmth and moisture from the liquid can soothe the membranes within the nose, providing temporary relief. There is also a theory that steam inhalation allows better mucus drainage and that it may help kill the mucus-causing virus.

Using a saline spray can decrease tissue inflammation within the nose and reduce stuffiness. A trial that looked at the effectiveness of steam inhalation in 2016 also observed the impact of nasal irrigation. The authors agreed that nasal irrigation with nasal spray might benefit people with runny noses due to chronic sinusitis. Saline-only sprays do not have medication, so they are practically safe to use while pregnant. You can get saline sprays online or over-the-counter.

You can use a neti pot to flush the sinuses and help clear out moisturized dry nasal passages. You can use the neti pot to apply saltwater to your nasal passages or a saline solution. However, the FDA warns that the following precautions should be taken to reduce the risk of infection:

Applying a warm compress to relieve yourself of a stuffy nose may actually work; the process can also help increase circulation in the sinuses.

To prepare a warm compress:

Some people prefer adding sliced fresh ginger to the water before immersing the washcloth.

Eucalyptus oil originates from the leaves of the eucalyptus tree. It has been used for medicinal purposes for ages. Certain things in eucalyptus oil may possess healing properties and act as:

Inhaling eucalyptus through a diffuser or steam may help relieve one of the nasal symptoms. To use the eucalyptus oil, add a few drops of the oil to a bowl of hot water or observe the instructions on a diffuser. Rubs and lozenges that have menthol or eucalyptus may also assist in clearing the nose. However, do not apply eucalyptus or any essential oil directly to the skin to avoid the risk of skin reaction. Instead, first, dilute the oil before applying it to the body. Also, be sure that you are not allergic to eucalyptus oil before using it.

In some cases, a stuffy nose is caused by an allergic reaction. Allergy medications often contain an antihistamine that impedes these reactions. A certain review indicated that antihistamines might help reduce how severe the symptoms are in adults with a common cold within the first day or two of having the illness. However, antihistamines were no more helpful than placebos in the following days. You can get various medications with antihistamines online, but you should confirm with your healthcare professional the products that you can use. In addition, it is crucial to read the directions on the package and understand the side effects. Some allergy medications can trigger drowsiness in some people. You should not drive when using some medications with an antihistamine.

Decongestants narrow the small blood vessels in the nose. This process reduces the swelling in the nose lining and decreases the feeling of stuffiness. A certain review of 2016 was unable to state with certainty that a single dose of decongestants could relieve the symptoms of a common cold in adults, but several doses may have a small benefit.

Some people have discovered that moisturizing the air from a cool or warm mist humidifier can provide relief. However, no sufficient scientific evidence indicates that this is effective against the common cold. Keeping a humidifier clean and following the manufacturer’s instructions is crucial in preventing the development of mold or bacteria.

Drinking plenty of water is a good idea, and some people have claimed that enough hydration helps reduce nasal congestion. However, no scientist has found any evidence indicating that hydration can help relieve stuffy noses, and people are advised to drink only a comfortable amount of water. Alternatively, lemon drinks or warm infusions can have a soothing effect on a runny nose.

The following are tips that may also help reduce the case of a stuffy nose:

A stuffy nose, also called nasal congestion, occurs due to the inflammation of blood vessels in the sinuses. If you are experiencing a stuffy nose, the home remedies for stuffy runny nose already provided in this post may help. However, you have to be careful with some of these home remedies; you may need guidance from your healthcare provider.

What Essential Oils are Preferred For Stuffy Nose?

Peppermint and Eucalyptus Oils are two of the most preferred essential oil for stuffy noses as they help open airways and ease congestion. It is easily available in any grocery store.

Tea Tree Oil is anti-inflammatory; a few drops of it in hot water while taking steam helps to reduce sinus swelling. This reduction of swelling helps in minimizing the symptoms of Nasal Congestion.

What are the Common Symptoms of Nasal Congestion?

6 Amazing Natural Remedies For Back Pain