7 Home Remedies To Get Rid of Dandruff and Oily Scalp 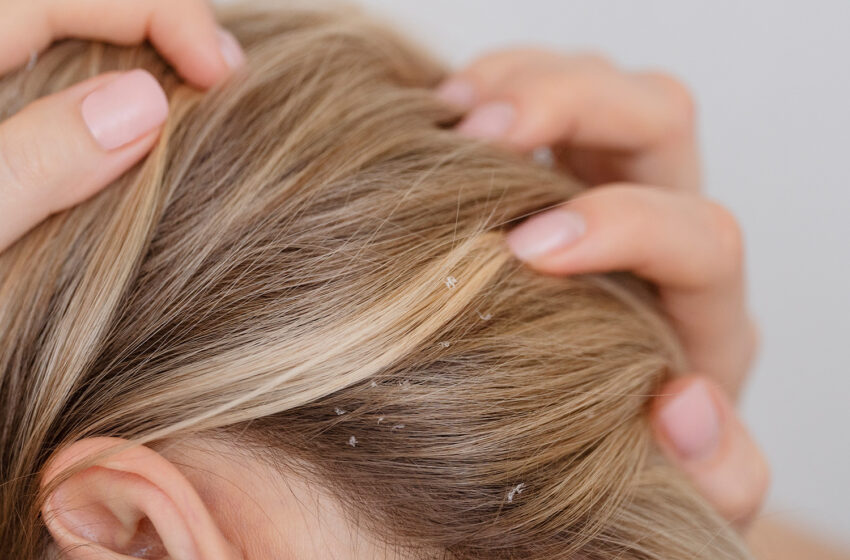 Dandruff can be embarrassing and uncomfortable to deal with. Dandruff is characterized by itchy, white flakes on your scalp. It may also result in other symptoms, such as tingling skin and greasy patches on your scalp. Dandruff can dampen a happy occasion in a matter of minutes. Dandruff results from dry and itchy scalps in both men and women, and is caused by the fungus Malassezia, but can be corrected with several best home remedies for oily scalp and dandruff. Most of these remedies can be created with ingredients from your kitchen, which are highly effective.
You will learn the following from this post:

What are Dandruff Treatments?

Dandruff treatments are how you can control or get rid of flaking and itching on your scalp. The first two steps to achieve this are using a dandruff shampoo and brushing your hair. In brushing your hair, ensure that you brush it down from the scalp with steady, even, and firm strokes. This process carries the oil away from your scalp, where skin cells and oil buildup can result in dandruff. In addition, moving the brush along your hair strands helps keep your hair shiny and healthy.
Dandruff Shampoos
All dandruff shampoos are not the same. The ingredients they contain vary. Some have active ingredients like:

You may have to switch between shampoo types if a particular kind controls dandruff at first but later becomes ineffective. And if you choose to try a shampoo with coal tar ingredients, you’ll have to be careful. Coal tar treats dandruff by killing the skin cells on your scalp, but there are some things you need to know:

How to Use Dandruff Shampoos
When you are shampooing:

The frequency of your shampoo use can vary from daily to a couple of times each week:

You can use dandruff shampoo less often as soon as your dandruff is under control; however, shampoo usage is not the best home remedy for dandruff.

The following are some of the common causes of dandruff in people:

Another significant cause of dandruff is Seborrheic dermatitis, which seems to affect people with:

Certain research has found that 30 to 80 percent of people with HIV have seborrheic dermatitis, compared to 3 to 5 percent of the general population. In addition, the symptoms of seborrheic dermatitis may be more severe.
An HIV-positive person that experiences scalp problems should consult their doctor, who will recommend the appropriate treatment.
Yeast is also another major cause of dandruff. In addition, dandruff is often a result of Malassezia, a fungus commonly found on the scalp and feeds on the oils the hair follicles secrete.
Malassezia is not often a problem, but some people’s immune systems overreact to it. This can result in the scalp becoming irritated and produce extra skin cells.
As these extra skin cells die and fall off, they combine with the oil from the hair and scalp to become dandruff.

Almost anyone’s scalp can be attacked by dandruff, but certain factors can make you more susceptible to it:

However, no research evidence has proved that these dietary measures can help get rid of dandruff naturally.

Several special shampoos and over-the-counter (OTC) topical medications treat shampoo. However, you can also eliminate dandruff at home by using the natural remedies below:

This oil is an essential oil produced from the Melaleuca alternifolia plant. People have used tea tree oil for treating various skin conditions, such as dermatitis, athlete’s foot, and acne.
Tea tree oil has a compound known as terpinene-4-ol, which has potent antimicrobial properties. Tea tree oils with high concentrations of terpenes-4-ol may help relieve dandruff by suppressing the growth of bacteria and fungi on the scalp.
A 2017 review studied the antimicrobial effects of several essential oils. It has been discovered that tea tree oil may effectively control a bacteria called S. epidermidis. However, applying tea tree oil directly to the scalp can result in rashes or inflammation, so those interested in using tea tree oil for treating dandruff can begin by adding a few drops to their regular shampoo.
You can get shampoos containing tea tree oil online or in some drug stores.

People have used lemongrass and lemongrass oil to treat digestive issues, reduce stress, and lower blood pressure. In addition, lemongrass oil contains anti-inflammatory and antimicrobial properties that may help reduce the symptoms of dandruff.
Like tea tree oil, lemongrass oil may result in irritation or allergic reaction if applied directly to the skin. However, you can dilute lemongrass oil with water or put a few drops of the oil into your regular shampoo or conditioner.
You can get lemongrass oil online or at health food stores.

Aloe vera is a succulent plant known globally for its healing properties. The gel in aloe vera leaves contains several bioactive compounds, such as antioxidants and amino acids that may reduce dandruff. A certain author of a 2019 review studies 23 clinical trials involving aloe vera. These studies indicate that ale vera gel may improve the retention of moisture in the skin and speed up wound healing. Aloe vera may also reduce inflammation – this is especially good for people with the symptoms of dandruff, such as itchiness.
Research carried out in 2015 suggests that aloe vera’s antibacterial and antifungal properties may prevent dandruff. An author of a controlled study involving 25 people concluded that a new topical gel with aloe vera effectively treated a form of dandruff known as seborrheic dermatitis.
You can directly use aloe vera gel from the plant or get the gel online.

Foods with large quantities of omega-3s include walnuts, mackerel, and salmon. You can also take omega-3 in supplement form.
The National Institute of Health (NIH) suggests that most adults should take between 1.1 and 1.6 grams of omega-3 fatty acids every 24 hours.
You can get omega-3 fatty acids in health food stores, pharmacies, or online.

Aspirin is an over-the-counter pain reliever that can significantly reduce the symptoms of dandruff. Aspirin contains salicylic acid, an ingredient commonly found in shampoos for dandruff. Salicylic acid can help prevent oil buildup, reduce inflammation of the scalp, and exfoliate excess dandruff flakes.
If you intend to use salicylic acid on your dandruff, crush one or two uncoated and unadulterated aspirin tablets into a fine powder and mix the powder with a dollop of regular shampoo. In the shower, rub the mixture in your hair and allow it to remain there for a few minutes before rinsing it out.
You can purchase aspirin in either pharmacy or online.

This can help improve hydration, prevent fungal growth on the scalp, and reduce irritation. A test-tube study revealed that cultured coconut extract lowered the marker of inflammation in human skin samples. Another research observed similar anti-inflammatory properties after applying virgin coconut oil to artificial skin samples.
According to the result obtained from a particular clinical trial, applying virgin coconut oil to the skin results in a 68.23% decrease in atopic dermatitis symptoms in a group of 117 children from age 1 to 13 years old. These studies show promising results, but more professional researchers should investigate this remedy more carefully to evaluate the role of coconut oil in eliminating dandruff.
You can apply the oil directly to the scalp before washing it off. Alternatively, you can buy a shampoo that has coconut oil in it. You can buy coconut oil in health food stores, grocery stores, and online.

Although it may be challenging to deal with dandruff, several natural remedies may relieve and reduce symptoms. Whenever you notice flakes coming from your hair, you should try some of the home remedies to get rid of dandruff already given above.
However, if these remedies do not work after a couple of days, consult your dermatologist to determine whether you need other treatment options available for long-lasting relief.

What are Essential Oils Preferred for Dandruff Removal?

Coconut Oil and Olive Oil are the most preferred Oils for dandruff removal. In the case of Coconut Oil, use 3 to 5 teaspoons of it to rub over your scalp, leave it for an hour and shampoo your hair. But it’s a different case with Olive oil. You must rub your scalp with several drops, cover the head properly with a towel or shower cap before you go to bed, and shampoo it in the morning.

Yes, it is considered a good remedy for Dandruff if used appropriately. It is used as a mixer of ACV and Water quarter cup each, poured over the head, and a gentle rinse over the scalp after 15 minutes when poured on the head.

What are the Leading Causes of Dandruff?

The common causes of Dandruff are Malassezia which feeds the oil on the scalp, psoriasis, eczema, and skin sensitivity to hair products.