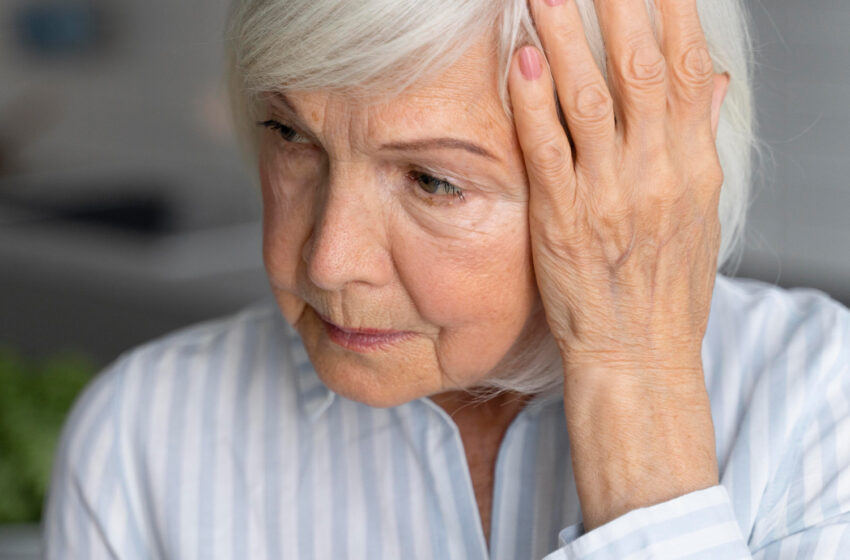 Natural Remedies For Alzheimer's Disease
As people age, different conditions may affect them depending either on their lifestyle as a youth, genetic factors, or environmental factors. One of the common diseases that affect the elderly is Alzheimer’s disease. It is commonly seen in people of age 60years and above.  Alzheimer’s disease is an abnormal neurological condition that interferes with a person’s cognitive ability. It is the leading cause of dementia worldwide as it causes memory impairment which leads to forgetfulness. It is also one of the leading causes of death among the elderly. Alzheimer’s disease is progressive; this implies that the symptoms worsen over time. As the disease progresses, they find it difficult to convey messages as they cannot think properly and they find it difficult to remember what they want to do or say. This makes activities of daily living challenging both for them, and their caregivers. This is why it is essential to know how to navigate this when it happens. In this post, you will learn about the meaning of Alzheimer’s disease, the types, causes, symptoms, preventions, and some natural remedies for Alzheimer’s disease. Make sure you relax and follow through.

What is Alzheimer’s Disease?

Alzheimer’s disease is a progressive neurological disorder that decreases and destroys the cognitive and behavioral patterns of an individual as a result of an ongoing reduction in the size of the brain, which can eventually lead to the death of brain cells. The name Alzheimer is from a German psychiatrist and neuropathologist named Alois Alzheimer in 1906 who discovered the pathological features of the disease after treating a 51year old woman who had progressive memory loss. It wasn’t until 1910 that his colleague Emil Kraepelin named the disease after him.

Certain proteins build up in the brain that causes Alzheimer’s disease. These are: When amyloid protein builds up from beta-amyloid clusters in the brain, its deposits form plaques around the brain cell. These have a toxic effect and cause interference with the passing of information from one cell to the other, and the process of the brain’s cell death begins. When tau protein builds up in the brain, its deposits form tangles. They also have a toxic effect and also cause interference in the transport of nutrients from one cell to the other. This also leads to cell death. When the brain cells are interrupted and it does not receive enough nutrients needed to function properly due to the build-up of the proteins mentioned above, it makes it difficult for the brain to perform its functions. These functions include thinking, learning, judgment, etc. This is why a person with Alzheimer’s disease presents with symptoms that affect the functions of the brain. When these proteins cause the death of a particular portion of the brain(usually beginning with the area responsible for memories),  it can spread to other areas of the brain.

The first visible symptom of Alzheimer’s disease is memory loss, a condition that worsens over time as the disease progresses. Memory loss is known as an abnormal forgetfulness of past events. It is known as medically known as Amnesia. A person with Alzheimer’s disease starts to forget events, where they place things making them misplace them, forget the names of objects, and family members, and eventually forget their names, etc. Mood swings and changes in behavior are one of the symptoms of a person with Alzheimer’s disease. Some of the behaviors include unnecessary aggressiveness, depression, solitariness or social isolation, loss of the ability to trust others, etc. A person with Alzheimer’s disease finds it difficult to concentrate. It becomes a great deal to be focused on. There is a loss of the ability to focus on more than one thing at the same time. The ability to make decisions also becomes very difficult. Attention is needed to effectively perform daily activities but in the case of Alzheimer’s disease, there is an attention deficit and this makes daily activities challenging for them. Making poor judgment is one of the symptoms of Alzheimer’s disease. They don’t know the appropriate thing for a situation. Some examples include finding it unnecessary to have a bath, clean up, wear the wrong clothes to an occasion, drive without following the normal rule of driving, etc. Another symptom seen in Parkinson’s disease is a problem with speech. There are different forms in which this could be manifested. Changes in speech may appear as either speaking too quickly, too slowly, or may present in a slurred form. A person with Parkinson’s disease also presents with tremors. A tremor is a rhythmic, involuntary movement. The tremors are present in the arms, head, jaw, and hands. At rest, the tremor is more visible than when performing activities. Parkinson’s disease affects the part of the brain that is mainly responsible for movements. Therefore, movement will become affected. There will be a presence of muscle contraction, muscle stiffness, bradykinesia (slow movement), and imbalance movement for those that try to work, which can lead to falls. The above symptoms can further be classified into three. They include: Initial symptoms as the name implies are the first symptoms that come with Parkinson’s disease. At this stage, they can still perform simple activities of daily living like eating, wearing their clothes, etc.  The initial stage includes the following symptoms: In the intermediate stage, the memory becomes worse and living becomes more challenging. They depend completely on people for their activities of daily living. Some of the  symptoms include: Later symptoms are more critical than the other two and not only is living challenging for the affected person but also the caretaker can become frustrated from looking out for them. The following are some of the symptoms associated with the later stages of Alzheimer’s disease are:

To prevent those proteins from developing in the brain, researchers haven’t found a way out of it as it is still under investigation. However, to prevent Alzheimer’s disease, it is important to take measures that will lower your risk of developing the disease. The following are the ways by which Alzheimer’s disease can be prevented: Exercising your brain is one of the ways by which you can lower your risk of developing Alzheimer’s disease. When the brain is active, there is improvement in thinking skills and this may help to reduce the risk of developing the disease. Activities that positively challenge your brain help to contribute to your brain by enhancing memory, and overall cognitive abilities. Exercises that can make the brain active include working on crossword puzzles, reading news, learning a musical instrument, learning a second language, etc can help. Another way of lowering your risks is by getting physically active. Staying active has diverse benefits for the overall health of an individual. It helps to reduce the risk of developing depression, obesity, high blood pressure, high cholesterol, etc. Regular exercise helps to improve circulation to the brain tissue, which in turn helps to improve reasoning, thinking, and other functions of the brain. As earlier stated, having cardiovascular problems increases the chances of having Alzheimer’s disease. Smoking is the major factor causing cardiovascular problems. It also causes vascular problems in the brain by causing plaques to develop in these vessels. These plaques narrow the blood vessels, constricting them, narrowing them, and limiting the flow of blood to the brain.  It is therefore very important to quit smoking. One of the major causes of vascular dementia is high blood pressure. When there is high blood pressure, it can damage the portion of the brain responsible for memory by damaging the blood vessels that supply them. This can lead to vascular dementia. Having vascular dementia increases the risk of Alzheimer’s disease. It is therefore important to monitor your blood pressure to take appropriate measures.

The following are some of the natural remedies by which Alzheimer’s disease can be treated. Adequate sleep is very important in treating Alzheimer’s disease. This is because sleeping well helps to wash away plagues that have been built up by amyloid proteins. Sleeping helps to reduce symptoms such as hallucinations, restlessness, delusions, etc. This in turn helps to reduce the effect of Alzheimer’s disease on the brain. It is therefore important to ensure that they get high-quality sleep. As Alzheimer’s disease progresses, there is a possibility of having dental problems if adequate dental care is not provided. This is because they may forget how to use them or brush or forget to brush. This can lead to toothache, sensitivity to cold and hot foods, swollen jaw, and tooth deformities. Feeling pain can further worsen the symptoms felt. This is why dental care is necessary for an Alzheimer’s patient. Tumeric contains curcumin which is useful in the treatment of various diseases including arthritis, cardiovascular diseases, cystic fibrosis, atherosclerosis, etc. This curcumin helps people suffering from Alzheimer’s disease by decreasing the build-up of amyloid plague, it also helps to slow down the degeneration of neurons that helps in the passing of information from one cell to another. So if you are suffering from Alzheimer’s disease, you should try using turmeric. When the body is deficient in some nutrients, it can increase the progression of Alzheimer’s disease. However, pumpkin seeds are rich in these nutrients and they include Zinc, copper (which is responsible for nervous signaling), magnesium, etc. Rosemary helps Alzheimer’s disease by slowing down the progression of Alzheimer’s disease, and also helps to boost memory. Inhaling rosemary also helps to improve thinking, and aids in concentration. This helps To improve brain health, it is important to eat foods that will boost the brain’s function. Some foods that can help in achieving this include eggs, fruits, vegetables, nuts, foods rich in Omega-3s, etc. These foods help the brain by enhancing learning, improving memory, easing depression, and helping to improve the overall cognitive function of the brain.

What Medications are Preferred for Alzheimer’s Disease?

Current medications for Alzheimer’s Disease are approved to treat symptoms of the disease but do not slow or stop the progression of cognitive decline. These medications include cholinesterase inhibitors (Aricept, Namenda, Razadyne, Exelon) and memantine (Namenda, Razadyne). While cholinesterase inhibitors can cause excessive sleepiness, memantine does not. Memantine is usually started at a low dose and titrated until the optimal dose is reached.

How do Herbs Help With Alzheimer’s Disease?

As Alzheimer’s is preferred to cause the chemical and structural changes in the brain that leads to remembering issues. So, the herbs like Ginkgo Biloba, Maca, Gotu Kola, Ginseng, St John’s Wort, Gingko, Cayenne, Rhodiola, Ashwagandha, and Cat’s Claw are used to restore the proper functionality of the brain.