5 Powerful Home Remedies To Get Rid Of Lung Infection 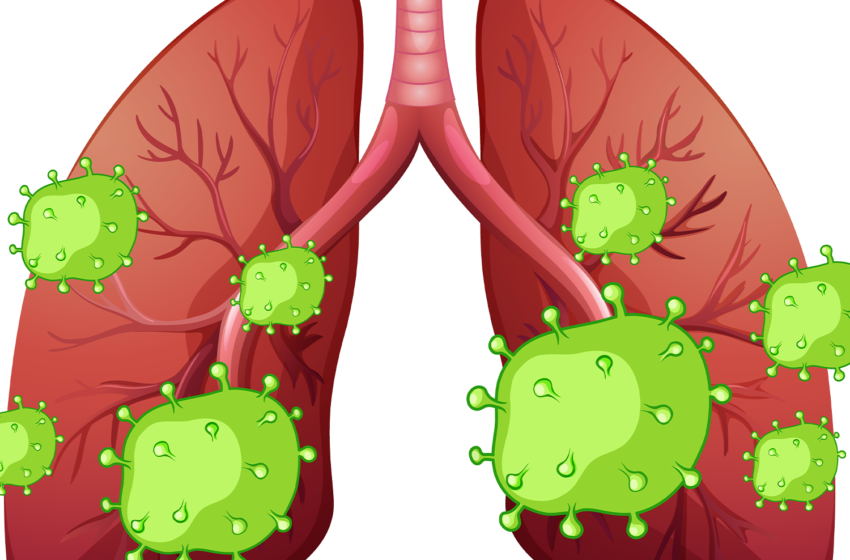 The lungs are a very vital organ in the human body. This is because it is responsible for gas exchange. When the lungs are infected, they do not function as they should, and this can affect a person’s breathing and life. It can happen to anyone at any age, but older people and children under the age of two are at the highest risk of developing a lung infection. This is due to their weak or underdeveloped immune system. These infections are caused by various microorganisms.

Lung infection can be a major challenge, as one of the infections (pneumonia) is responsible for 15% of all deaths in children under the age of 5. It can affect one or both lungs. It is necessary to know the nature of the lung infection to know the right remedy for it.

What Is Lung Infection?

A lung is considered to be infected when it is contaminated by microorganisms. This leads to inflammation and difficulty breathing. The infection can affect the airways, alveoli, bronchioles, etc.

Lung infection can be caused by viruses, bacteria, or fungi. Some of the viruses that cause lung infection include:

The influenza virus is also known as the flu. It is an infection that affects the respiratory system. It enters the body through transmission or inhalation and gets to the lungs via the mouth, eyes, or nose. The symptoms of flu are similar to those of a cold but differ in that they come on suddenly, while a common cold comes on slowly. The influenza virus damages the epithelial cells of the lungs and multiplies by making its viral protein. This causes fluid to accumulate in the lungs. This in turn leads to breathing difficulties. There are different types of influenza viruses. They are influenza A, influenza B, influenza C, and influenza D.

The respiratory syncytial virus is a common virus that commonly infects children and the elderly. It is associated with a high rate of hospitalizations in infants when it becomes severe. Most children would have had it before the age of two. They affect the respiratory system and mainly infect the bronchioles of the lungs, causing bronchiolitis in children; Common cold in adults, and pneumonia in the elderly. They are highly contagious and spread through droplets that can be produced by sneezing, coughing, touching infected surfaces, etc. People with previously diagnosed lung diseases can also be susceptible to this virus.

Some of the bacteria that cause lung infections:

Mycoplasma Pneumoniae is a bacterial infection that affects the respiratory tract. It is called atypical or walking pneumonia. This is because the symptoms that the bacteria present with are mild. You can go about your normal activities when infected with this bacterium. It spreads in a crowded environment when you breathe in air that was contaminated by a  person or droplets from sneezing, coughing, etc. It is responsible for most cases of community-acquired pneumonia.

They enter and infect the lungs through infected blood flowing to the lungs in the body. When they get into the lungs, they cause symptoms like shortness of breath, malaria, chills, etc.

Some fungi that cause lung infection include:

Pneumocystis jiroveci is a fungal infection that affects the lungs. This fills the lungs with fluid, causing them to swell. The fungus causes a type of pneumonia known as pneumocystis pneumonia (PCP). Pneumocystis pneumonia is very rare but can occur in people with compromised immune systems, particularly those with HIV and AIDS. It is airborne and shows symptoms such as fever, fatigue, cough, etc.

It is responsible for hypersensitivity of the lungs that causes an allergic reaction after inhaling the fungus Aspergillus. This leads to inflammation of the airways and air sacs in the lungs. Symptoms include coughing, wheezing, etc.

Invasive aspergillosis is a serious fungal infection. It occurs when the Aspergillus fungus leaves the lungs and spreads to other areas of the body like the brain, kidney, heart, etc. It is very rare in people with strong immune systems but can be found in people with weakened immune systems. Examples are people with HIV/AIDS, people with cancer, etc.

Aspergilloma is a fungal infection that causes a growth of the cavity of the lungs (a mass known as myecetoma). The pulmonary cavity, an abnormal space in the lungs that is filled with air, is usually formed due to lung diseases such as sarcoidosis, tuberculosis, lung cancer, etc. If a person has been diagnosed with these lung diseases, and inhale the fungus Aspergillus, they have a high chance of contracting aspergilloma.

There are different types of lung infections, the most common being pneumonia.

Pneumonia is an infection of the lungs that occurs when the air sacs in the lungs, which should be filled with air, are replaced with pus. This limits the oxygen uptake. Pneumonia is usually caused by a viral, bacterial, or fungal infection. Some of them include Streptococcus pneumoniae, Respiratory Synctial Virus, etc

Asthma is a lung disease characterized by narrowing and inflammation of the airways (particularly the bronchi) associated with excess mucus clogging the airways. This limits the air supply. Asthma usually occurs due to infection with a virus known as a respiratory syncytial virus (RSV).

Bronchitis is a viral or bacterial infection that causes inflammation of the bronchi. It is commonly caused by the respiratory synctial virus (RSV). It is more common in children and infants. Bronchiolitis usually begins with the symptoms of a common cold, but then becomes more intense.

Tuberculosis is a bacterial infection that mainly affects the lungs. It can also affect other parts of the body like the kidneys, brain, spine, etc. It is mainly caused by Mycobacterium tuberculosis.

Pneumoconiosis is an airborne infection of the lungs that occurs from inhaling dust particles. This traps germs in the lungs and causes inflammation, leading to scarring of the lung tissue. Some of the particles that can be inhaled include dust, asbestos, beryllium, carbon, etc. It is known as an occupational lung infection

Influenza is also known as “flu”. It is a viral infection that affects the upper and lower respiratory tract. Some of them include the nose, larynx, trachea, lungs, etc. Influenza is known to be highly contagious.

The following are the symptoms of lung infections

Below are the ways that lung infection can be prevented

Smoking causes is one of the main risk factors for lung disease. Smoking leads to infection by influencing cells that produce mucus to produce excess mucus, which clogs the airways. This excess mucus becomes infected. Infections such as tuberculosis, pneumonia, etc. can be transmitted through smoking. You should therefore avoid smoking.

Eating well is important for building a strong immune system. Eating a balanced diet can help get rid of infections, prevent infections from entering the body, and help the body function optimally.

Home Remedies To Get Rid Of Lung Infections

Below are some home remedies to get rid of pneumonia:

Boil two cups of water for a few minutes, add 3-5 leaves of peppermint, and soak the peppermint leaves in the already boiled water. Strain the water into a cup and drink!

Ginger has many health benefits and is used to treat a variety of ailments. This is due to its antibacterial, antiviral, antifungal, anti-inflammatory, and antioxidant properties. One of its health benefits is seen in the case of asthma. Ginger helps to expand the constricted airways and bronchi that occurs in asthma thereby providing relief for those suffering from asthma. Ginger also helps clear the airways by removing phlegm. Eating ginger or drinking ginger tea is also helpful to get rid of shortness of breath.

Ginger can be taken in different forms: with lemon, with honey, in the form of powder for food

Lemon combined with honey is good for the lungs. Lemon is rich in vitamin C, and this helps boost the immune system. Honey has antimicrobial and anti-inflammatory properties that help clear mucus that clogs the lungs. It also contains antioxidants that help detoxify harmful substances in the body. Lemon combined with honey helps treat respiratory infections and helps relieve symptoms like cough, sore throat, congestion, etc.

Mix a tablespoon of lemon and a talespoon of honey in a glass of hot water. Allow to cool slightly (so as not to burn your tongue), then drink.

Vapor inhalation helps clear lung infections by loosening mucus that has blocked the lungs and airways. It also helps relieve symptoms of lung infections. Steam inhalation may not kill the virus or the bacteria causing the infection, but it can help make the body and lungs more conducive to fighting the virus.

Plantain leaves are also used to get rid of lung infections. It is especially used to get rid of bronchitis and cough. It contains mucilage that helps coat and moisturizes the airways and prevents irritation from coughing. It is particularly known to have a calming and soothing effect on the lungs.

The above measures are intended to eliminate or reduce the symptoms experienced. However, when the home remedies for clearing lung infections do not alleviate the symptoms felt, it is imperative to see your doctor for proper treatment.

What Home Remedies Can Help in Treatment of Lung Infection?

It is not proven that natural remedies can completely cure lung infection, but intake of a glass of hot water with a tablespoon of honey and lemon juice each as a tea will be effective for some minor infections. Also gargling with warm salt water helps in removing mucus from respiratory tract.

What Supplements are Referred For Lung Infection?

What are the Symptoms of Lung Infection?

If you are getting the symptoms like fever, cough, shortness of breathing, fatigue, loss of appetite, etc you need to take the remedies as soon as possible and consult your doctor for knowing the seriousness of the infection.

RELATED Stories for you 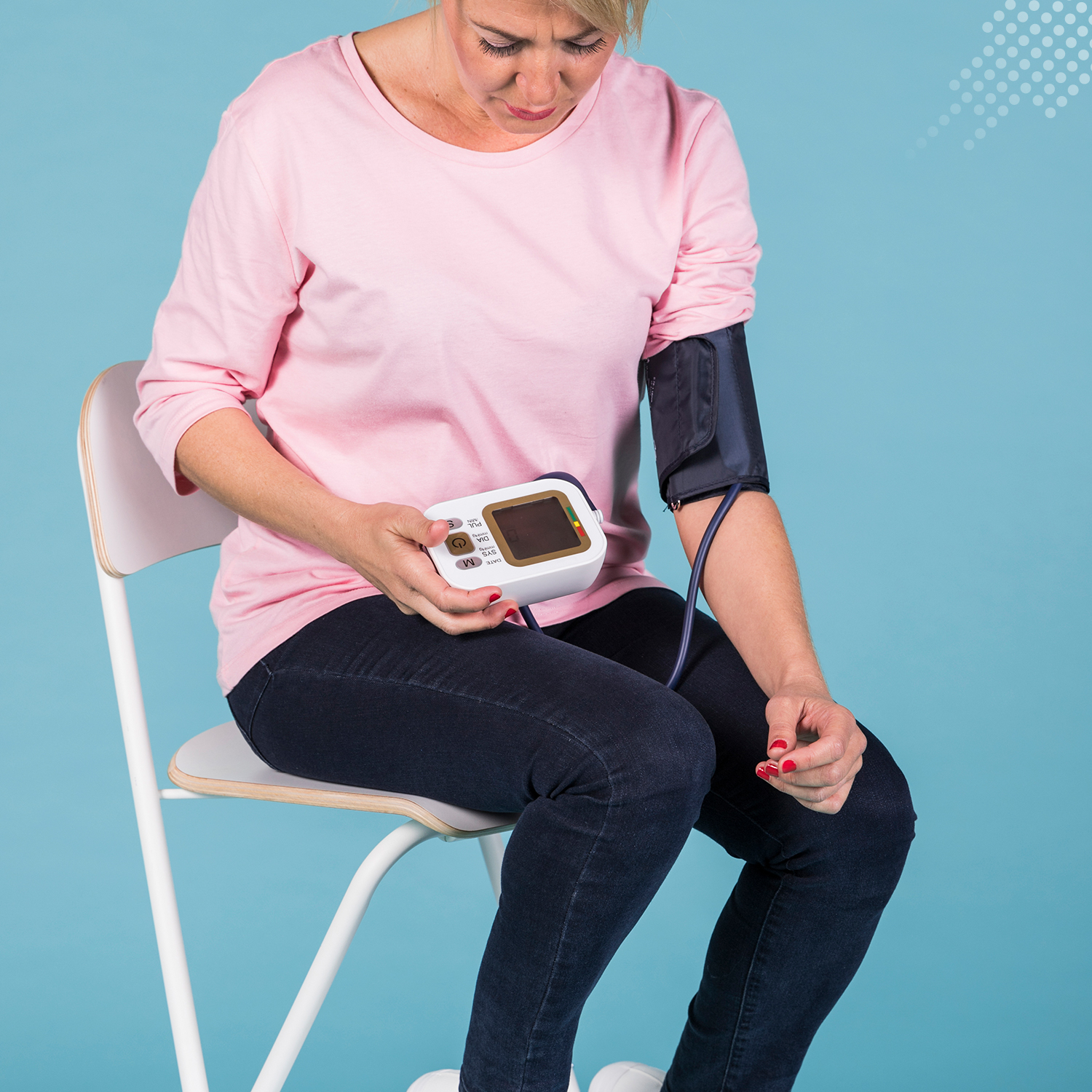 The front part of our eyes contains fluid. When these fluids do not drain