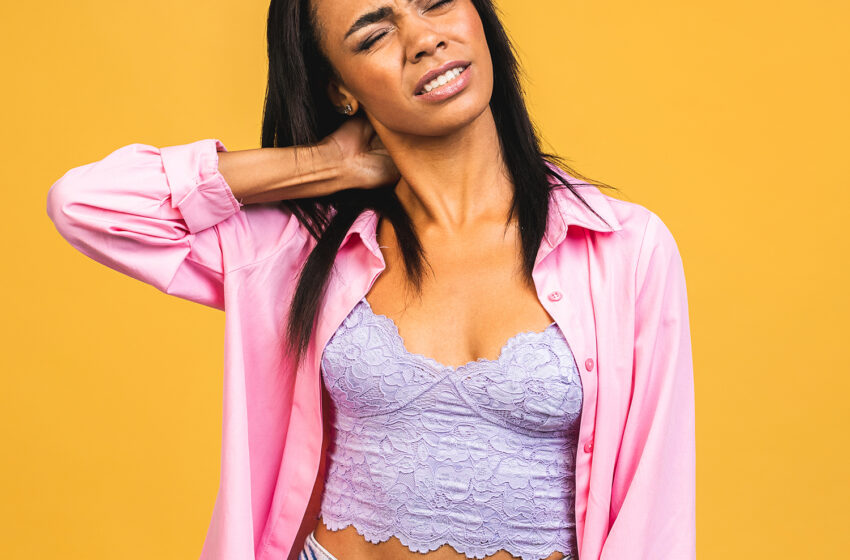 Fibromyalgia is a chronic disorder that affects the muscles in particular body areas, including the neck, shoulders, back, hips, arms, and legs. It also causes pain, sensitivity, and exhaustion in those muscles. Doctors are unclear about the exact causes of fibromyalgia. Although anybody can contract it, it seems to happen more frequently in middle-aged women and those with a history of rheumatoid arthritis or another inflammatory condition.

According to the Centers for Disease Control and Prevention (CDC), fibromyalgia affects around 2 percent of adult Americans in the US. Although there is no known treatment for fibromyalgia, patients can manage their symptoms with medicine, lifestyle adjustments, and alternative therapies.

In this post, we go through some natural remedies for fibromyalgia and chronic fatigue.

Fibromyalgia is a persistent, chronic condition. It results in weariness, joint discomfort, and generalized muscular pain. Although there is no known cause, there are certain risk factors for the condition, including stress and heredity. The discomfort could come and go. Despite the lack of a cure, interventions, including medication, lifestyle adjustments, and others, provide some relief.

The actual cause of fibromyalgia in some persons is unclear to medical professionals. However, the following conditions contribute to the symptoms manifested.

The typical signs of fibromyalgia include widespread joint and muscle pain, tiredness, and poor sleep. Various people are affected by the illness. The common signs include:

The precise etiology of fibromyalgia still hasn’t been determined by researchers so far. Your risk may be affected by the following factors:

No test can conclusively identify fibromyalgia. Your family and medical history and your symptoms are used to make the diagnosis. Fibromyalgia is clinically diagnosed based on your symptoms and physical examination. Basic blood tests are advised to rule out other reasons for weariness, such as anemia or thyroid disorders.

People who have fibromyalgia frequently have extremely sensitive pain thresholds. Your healthcare professional may count the tender spots on your body or very sensitive-to-touch places. Widespread pain must be present for three months in addition to exhaustion, and other symptoms, including memory and concentration problems, poor sleep, depressive symptoms, and irritability syndrome.

What is the Best Treatment for fibromyalgia?

There is no known natural cure for fibromyalgia. However, there are some natural remedies that help suppress the symptoms.

Here are some natural remedies for fibromyalgia and chronic fatigue

People with fibromyalgia may find it easier to manage their symptoms if they know when to take a break and relax.

The best way to control fibromyalgia symptoms is to get adequate sleep. Getting enough sleep might help you fight the condition’s accompanying weariness.

The following actions can assist people in getting high-quality sleep:

There is a close connection between poor sleep quality and fibromyalgia. Therefore, quality sleep is one of the surest natural remedies for fibromyalgia and chronic fatigue.

Even though it could be challenging to find the motivation to exercise while you’re experiencing a fibromyalgia pain flare, research suggests that both aerobic activity and weightlifting are advantageous.

According to 2017 research, aerobic and muscle-strengthening workouts are the most efficient ways to lessen pain and enhance well-being in fibromyalgia sufferers.

Make sure to discuss some useful techniques to start with a professional personal trainer if you have never lifted weights before.

Stress may be reduced, and mood can be improved by engaging in regular exercise, eating a balanced and healthy diet, and cutting back on alcohol, nicotine products, caffeine, and illicit substances.

According to the National Center for Complementary and Integrative Health (NCCIH), dietary supplements are useful for reducing the symptoms of fibromyalgia,

Among these supplements are:

Before using any supplements, people should see a doctor because they occasionally interfere with other prescriptions or have negative side effects.

Several studies show that yoga may help fibromyalgia sufferers feel better. A small study from 2012 found that yoga, breathing exercises, and meditation helped fibromyalgia symptoms and the ability to deal with them. Even three months after the first study, this was still true, as long as the person was still practicing.

A more recent case report from 2020 backs up these claims. It found that nine months of yoga helped a person with fibromyalgia feel less muscle fatigue and have a better quality of life overall.

A 2019 study also found that yoga seemed to help with pain and sleep, but only a little bit. Researchers warn that the longer someone does yoga, the better it works for pain and sleep. They also say that more research needs to be done to figure out who might benefit the most from this natural cure.

Acupuncture is an old form of traditional Chinese medicine in which thin needles are stuck into your skin at different points on your body. It is used to treat a wide range of health problems.

A 2019 review says that acupuncture is a safe and effective way to treat fibromyalgia. It may even be better than painkillers in the short and long term for managing pain. But researchers need to do more large-scale tests before they can say for sure how well this treatment works for everyone.

Fibromyalgia is a painful condition that is caused by stress. This means that symptoms may get worse when stress hormones like cortisol rise. A 2019 study found that women with fibromyalgia who took classes on how to deal with stress seemed to feel less pain.

According to the same study, pain and inflammation were also lessened by counseling that used cognitive and behavioral approaches.

People with fibromyalgia often have a history of post-traumatic stress disorder (PTSD). Because people with PTSD can feel stress more intensely, this should be checked for and treated.

Tai chi is another practice that dates back to China. It involves moving your body slowly and gently through a series of poses. There is some evidence that it might help ease the pain and stiffness of fibromyalgia.

A 2018 study that followed 226 people with fibromyalgia for 52 weeks found that once or twice a week of tai chi practice helped fibromyalgia symptoms as much as or more than aerobic exercise, making it an effective natural treatment.

Scientists may not know what causes fibromyalgia yet, but that hasn’t stopped them from coming up with ways to treat the constant pain that comes with it. All of these treatments have been drugs for a long time, and the FDA has only approved three of them since 2007. Now, though, people with fibromyalgia will have a drug-free way to treat their condition. The FDA has given a wearable neuromodulation system from NeuroMetrix that is meant to ease chronic pain a “de novo” clearance.

Quell, and milnacipran are the newest treatments for fibromyalgia that have been approved by the FDA. Large-scale studies are still needed to confirm their effectiveness, though.

Quell is a transcutaneous electrical nerve stimulator that you can buy over-the-counter and use to ease the pain. The Quell device is worn in a sleeve that goes around the upper calf. Electrodes on the band stimulate the sensory nerves in the leg, which triggers the body’s pain-relieving response and eases fibromyalgia symptoms.

In a clinical study of the system, nearly 60% of the people who got regular treatments for three months saw improvements in their quality of life that were clinically meaningful. For example, 19 of the 21 criteria on the quality-of-life survey improved significantly.

During the study, there were nine minor side effects that were “definitely or possibly” caused by the Quell device. The most common of these was a rash that appeared under the electrodes.

Milnacipran is a serotonin and norepinephrine reuptake inhibitor (SNRI). It has helped people with fibromyalgia feel less pain and have better physical function. Milnacipran is used to treat fibromyalgia, but it is not clear how exactly it works.

Pregabalin is an anticonvulsant that is used to treat epilepsy, anxiety, and neuropathic pain. It may also help treat fibromyalgia. Pregabalin reduces the pain and tiredness caused by fibromyalgia by up to 25% and helps people sleep better. It’s not clear how pregabalin relieves fibromyalgia symptoms, but some people think it binds to a protein in nerve cells that makes them more sensitive to pain.

Duloxetine is a selective SNRI that improves sleep, lowers pain, and stabilizes mood. It is a type of antidepressant and is usually used to treat long-term pain. It is not clear what exactly duloxetine does to help treat fibromyalgia. People think that fibromyalgia symptoms, especially pain, could be lessened if serotonin and norepinephrine were to work more in the brain.

So far, the FDA has only given TMS therapy the green light to treat major depression. But many studies have shown that it can also be very helpful for people with fibromyalgia. Pain from fibromyalgia is caused by the muscles in the area and by how the brain interprets pain signals. TMS directly stimulates the brain cells with magnetic pulses to change how they feel pain. Even though TMS works like a drug for fibromyalgia, it doesn’t have any bad side effects.

Herbs and Supplements For Treating Fibromyalgia

It’s not easy to deal with the symptoms of fibromyalgia or similar conditions. So, many people who are in pain or can’t sleep turn to alternative health methods. They might use Chinese herbs or supplements like 5-HTP, melatonin, and SAM-e that are sold in stores.

How Safe and Effective Are Herbs and Supplements For Fibromyalgia?

Herbs and supplements may not work for everyone with fibromyalgia. If you want to use a herb or supplement to treat your fibromyalgia, talk to your doctor first to make sure it’s safe for you.

Research for the natural cure for fibromyalgia is still ongoing.   Experts keep finding out new things about what might be causing the condition and what is the best treatment for fibromyalgia.

In addition to the natural remedies listed above, a nutrient-rich diet full of fresh fruits and vegetables and a focus on getting enough sleep can help with fibromyalgia pain.

Getting enough iron and vitamins B and D may also help relieve your symptoms. If natural remedies aren’t giving you the relief you need, talk to a doctor or nurse about alternative treatments. Massage therapy, yoga, meditation, and other options may not only help with pain but also improve your quality of life.

What Supplements are Best For Fibromyalgia?

Which Medications are Best for Treating Fibromyalgia?