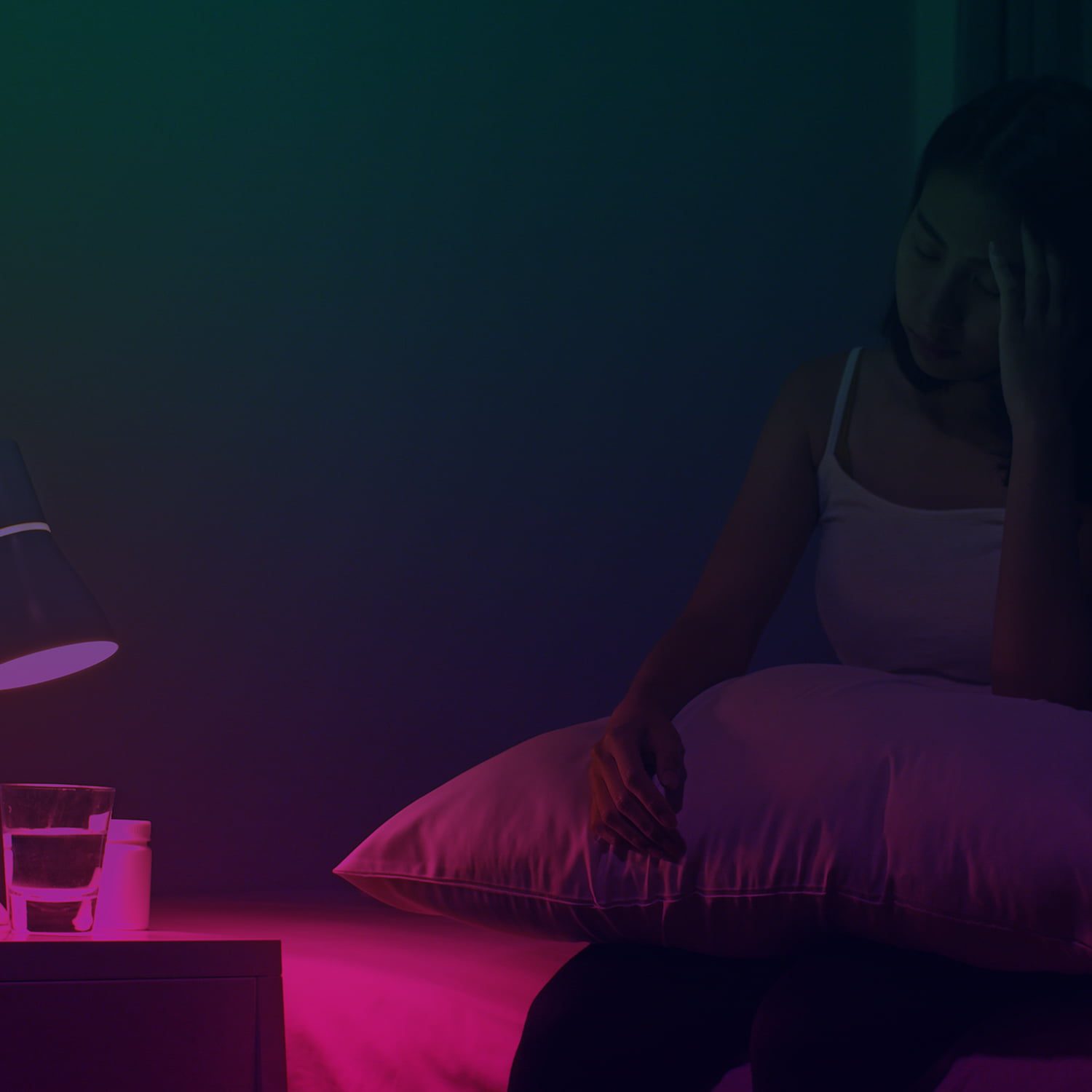 Depression is a very serious mood disorder accompanied by mild or life-threatening symptoms. For people dealing with major depression, an antidepressant can indeed be a lifesaver, both literally and figuratively. Still, there will come a time when you’re feeling better and ready to try life without the antidepressant. If this describes you, then you have to first talk to your doctor. Antidepressants can cause discontinuation syndrome if there are major fluctuations in the quantity in your blood system or you suddenly stopped taking them. However, there are natural remedies for antidepressant withdrawal that you can try.

Here are the things you’ll learn about this topic:

What is Antidepressant Withdrawal Syndrome?

SSRIs include medications like fluoxetine and citalopram. Symptoms of discontinuation may include the following:

The medications containing MAOIs include isocarboxazid (Marplan) and phenelzine (Nardil). Symptoms of discontinuation include the following:

TCA medications include doxepin (Silenor) and amitriptyline (Elavil). Symptoms of discontinuation may include the following:

These antidepressants include duloxetine (Cymbalta) and venlafaxine (Effexor). Symptoms of discontinuation can include any of the following:

The risk of the syndrome is greater among people who have taken the medication for long and when the medication has a half-life that is short. The underlying reason for the occurrence of antidepressant withdrawal syndrome is unclear, and the diagnosis is often based on the symptoms, but natural remedies for antidepressant withdrawal are effective enough to help battle the condition.

Suddenly stopping an antidepressant may cause symptoms within a day or two, such as the following:

Sometimes, it may be hard to tell the difference between withdrawal symptoms and returning depression symptoms after you stop the use of an antidepressant. Inform your doctor about the signs and symptoms you experience. If your depression symptoms come back, your doctor may suggest that you begin taking an antidepressant again, or the doctor could recommend that you get other treatment, depending on the severity of the symptoms you are experiencing.

About 20 – 50% of people who suddenly stop the use of antidepressants develops antidepressant discontinuation syndrome. The condition is often hardly serious even though about half of the people having the symptoms describe them as severe. Some are forced to restart antidepressants because of the severity of the symptoms.

Suffering from antidepressant withdrawal syndrome does not mean that you are addicted to an antidepressant. When you are addicted to substances such as drugs or alcohol, a change that leads to craving is caused in your brain, resulting in the need for an increased amount of the substance, and a further strong desire to use the substance even though it often results in negative outcomes. Fortunately, antidepressants do not result in these long-term brain changes, nor do they lead to addiction or cravings.

In the case of some people, the symptoms of discontinuation may make them feel like their anxiety or depression is coming back, and truly, stopping your antidepressant may elevate your risk of relapse. Due to this confusion, it is very important to be able to distinguish the difference between discontinuation symptoms and relapse.

The biggest discrepancy between discontinuation and relapse is that the former typically begins within a few days after you have stopped your antidepressant whereas the latter normally takes longer to manifest, and the symptoms develop more gradually. It is better to use natural remedies for antidepressant withdrawal as soon as the symptoms are noticed.

How To Avoid Antidepressant Discontinuation Syndrome

The following are some tips that will help you avoid discontinuation syndrome and get relief if it occurs to you:

Stick to Your Schedule

There are certain antidepressants that leave your body system quickly and lead to withdrawal symptoms. This can occur when you’re a little late in taking your regular dose. Effexor (venlafaxine) is one of those antidepressants.

If you have forgotten to take your antidepressant, you can simply go ahead as soon as you remember that you have skipped a dose. However, if it’s close to your next scheduled dose, you should wait until then before you take it. Always try to make sure you don’t miss your dose schedules.

You should be able to switch from your current medication to another without having to trigger any discontinuation syndrome. This simply means that you need not wean yourself from the first drug before moving on to the second.

If your doctor has decided that it’s time for you to quit your antidepressant, you can avoid discontinuation syndrome altogether. However, it is not ideal to quit all of a sudden. Instead, taper off your medication by gradually reducing the dosage and schedules of intake.

In some cases, you may still experience discontinuation syndrome even if you’re deliberate and slow when weaning yourself off an antidepressant. One of the ways to relieve yourself from this is by taking a single 20 milligrams dose of Prozac long with such medications as Zoloft and Lexapro.

By following this process, your symptoms will most likely dissipate within a few hours. Prozac’s long half-life will keep you from having withdrawal symptoms after taking that one capsule. Consult your doctor about this if your symptoms seem severe.

If you are on a very high dose of antidepressants, you may need to increase the dose of Prozac to 40 milligrams. Benadryl is a medication that can help with discontinuation symptoms, although it has a sedating effect.

Regular exercise can also help to alleviate the symptoms of antidepressant discontinuation. This may be quite difficult because your depression may affect your motivation to work out, but exercising regularly will make you feel better. If you have been staying active, try to keep it up and aim for at least three times a week.

Antidepressant withdrawal syndromes can be controlled with the following natural remedies:

Epsom salts are a mineral compound that contains minerals like oxygen, sulfur, and magnesium. When they are applied in a warm bath, they allow the skin to easily absorb magnesium; and this promotes a feeling of relaxation and calm. Magnesium deficiency has been discovered to reduce anxiety.

Diet is very important to a person’s mood. It is important for you to take note of what you eat and drink when you’re experiencing withdrawal symptoms. Some ingredients like white sugar and flour can worsen your symptoms, while anti-anxiety foods can help in calming you. These foods include almonds, kava, maca root, peppermint, dark chocolate, valerian, pumpkin seeds, passionflower, seaweed, lemon balm, blueberries, rooibos, kefir, teas that contain chamomile, turkey, and avocados.

This hands-on therapy can help you in relaxing your nerves, thereby facilitating the elimination of toxins. According to the International Journal of Neuroscience, females suffering from breast cancer that receive adequate massage therapies about three times every week reported being less angry and depressed.

Steam rooms and saunas can help in cleaning up your system; saunas can also help in producing white blood cells to create a stronger immune system.

Yoga has the ability to decrease the intensity and length of post-acute withdrawal symptoms in addicts, which include depression, anxiety, irritability, and sleeplessness. The 105-degree room is very important in sweating out the toxins that are stored in fat cells beneath the skin, and the combination of rest and postures redistribute blood flow to all glands and organs, increasing the delivery of oxygen. Regular practices also metabolize and destroy stress hormones.

Slow abdominal breathing can help calm down the entire nervous system. This is done by the stimulation of the vagus nerve because it releases a variety of anti-stress enzymes and calming hormones, such as prolactin, acetylcholine, oxytocin, and vasopressin. Deep breathing can be very effective in mitigating the panic that’s often a part of antidepressant withdrawal.

It is advisable to always try to brush yourself every evening before you go to bed; you can make use of a dry skin brush to do this. Dry brushing can help in stimulating the lymphatic system, which is responsible for eliminating cellular waste products. In this manner, the action helps in decreasing inflammation and releasing toxins. It also assists in increasing blood flow and circulation to the skin and reduces the tension of the muscle, helping us in relieving stress and at the same time calming us down.

As the name suggests, Arctic root is found majorly in cold regions of the world. It is also known as Rhodiola Rosea. Arctic root was used traditionally in Chinese medicine as an adaptogen to increase stamina and reduce fatigue caused by stress. It works on the body by increasing the activity of the mood-boosting neurotransmitters dopamine, norepinephrine, and serotonin. Arctic root reduces depression faster than prescription antidepressants.

This is a traditional relaxing tea that is used in cultures of the South Pacific. Its extract has been a natural remedy just for the purpose of anxiety. Kava is as effective for anxiety as any prescription anti-anxiety medication; it is also a very effective alternative to antidepressant drugs.

This is one of the most important and effective natural remedies for antidepressant withdrawal. It is as effective as every other antidepressant medication. However, St. John’s Wort also has its own risks. Its side effects are similar to those of antidepressants; such side effects include upset stomach, sexual dysfunction, anxiety, mental confusion, dry mouth, dizziness, and fatigue. It can worsen dementia and trigger mania or psychosis in bipolar disorder patients. St. John’s Wort reacts terribly with some pharmacological substances either naturally or pharmaceutically.

While all the natural remedies of antidepressant withdrawal mentioned above are quite effective, a person should always seek the advice of the doctor before going ahead to make use of them. Withdrawal symptoms from some medications can result in suicidal thoughts. If this is the case, seeking urgent support is the best thing to do.

How are Vitamin D Supplements Good For Antidepressant Withdrawal?

What are the Common Symptoms of Antidepressant Withdrawal?