6 Powerful Home Remedies To Get Rid Of Ulcer 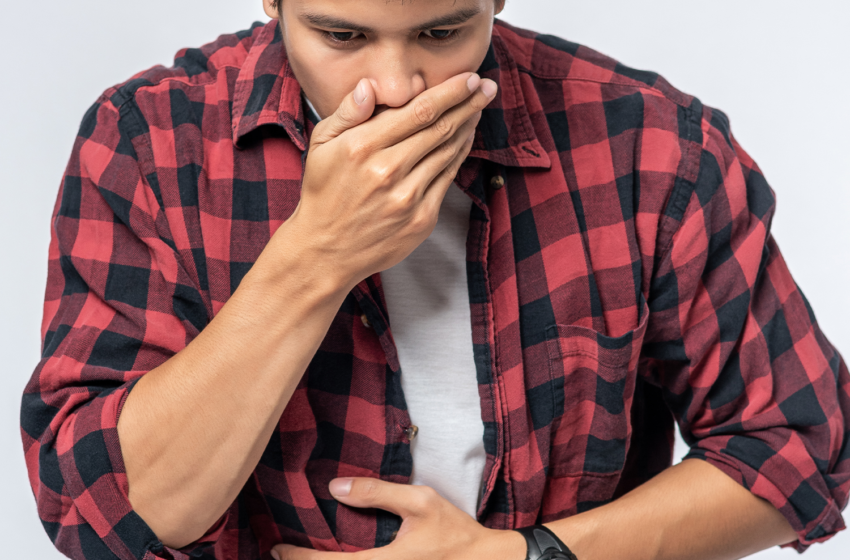 Ulcers affect people of all ages. There are approximately 500,000 new cases of ulcers each year. It affects the esophagus, stomach, and small intestine. An ulcer is usually associated with severe discomfort, and pain in the abdominal region. Hence, the need to get rid of them.
In this post, you will learn about the meaning of stomach ulcers, the types, causes, symptoms, prevention, and some home remedies to get rid of ulcers.

What Is An Ulcer?

An ulcer is an open sore located in the inner lining of the body’s digestive tract.

There are three classes of digestive ulcers. They include:

An esophageal ulcer is an open sore in the inner lining of the esophagus.

A peptic ulcer is an open sore in the inner lining of the stomach.

The duodenal ulcer is an open sore in the inner lining of the upper part of the small intestine known as the duodenum.
Stomach ulcers and duodenal ulcers are both called gastric ulcers.

What Forms Ulcers In The Stomach?

What Forms Ulcers Are In The Esophagus?

What Are Duodenal Ulcers?

As the stomach produces mucus to balance the acidic contents in the stomach, the duodenum also secretes mucus from the goblet cells. This mucus helps protect the duodenum from irritation. If the production of this mucus is low, contamination would occur, leading to ulcers.

We’ve found that too much acid can cause ulcers by eating away at the inner lining of the organs, and too much alkalinity can accommodate bacteria, which also lead to ulcers. We will now look at what can trigger these actions.

Helicobacter pylori are the main cause of ulcers. It is a bacterium that causes infection and destroys the inner lining of the esophagus, stomach, and duodenum. It enters the body through the mouth. Ways by which Helicobacter pylori enters the mouth are: kissing, drinking contaminated water, vomiting stomach contents, etc. The hydrochloric acid in the stomach, which is responsible for killing bacteria, cannot destroy this particular bacterium (Helicobacter pylori),  because it contains an enzyme called urease, which is converted into ammonia. This conversion makes the environment conducive for this bacterium and renders the hydrochloric acid powerless.
Helicobacter pylori are present in 50% of the world’s population. It is most commonly found in children but can also be found in adults. It enters through the mouth, and passes through the digestive tract,  initially infecting the esophagus and causing inflammation that can lead to an esophageal ulcer; It then passes through the stomach enters it, and causes gastric cancer; Finally, it passes through the duodenum, invades it, and causes a duodenal ulcer.

NSAIDs are drugs used to relieve pain, lower fever, and reduce inflammation. Examples of NSAIDs are aspirin (high dose), diclofenac, ibuprofen, naproxen, etc. When taking  NSAIDs, if you are not careful, and you keep taking high doses for a long time, you can damage the lining of your esophagus, stomach, or duodenum. A substance called prostaglandin helps stimulate mucus and the secretion of bicarbonate which helps to neutralize the acid in the stomach. It also helps to protect the lining of the digestive system from damage.
NSAIDs work by blocking an enzyme called cyclooxygenase (COX). This enzyme helps in the production of prostaglandin, which reduces the pain that the body feels. Because the enzyme that produces prostaglandin is blocked, the number of prostaglandins in the body decreases. This in turn reduces the stimulation of the digestive mucus, reducing bicarbonate secretion produced in the lining of the esophagus, stomach, and duodenum making them too acidic
After an ulcer develops, the patient’s lifestyle can make ulcer symptoms worse. Here are some lifestyle habits that can worsen ulcers:

Smoking can make ulcer symptoms worse. Smoking causes acidic contents from the stomach to be flushed back up the esophagus, leading to heartburn. Smoking also increases the risk of having the bacterium Helicobacter pylori, which causes ulcers. Smokers develop ulcers more often than non-smokers.

Using steroids helps reduce prostaglandin production in the stomach, which then reduces stimulation of the digestive mucus that helps neutralize the acidic contents in the stomach. Prolonged use of steroids increases ulcer symptoms.

A. Symptoms of Esophageal Ulcer

If you have an esophageal ulcer, you will experience the following symptoms:

B. Symptoms Of Stomach Ulcers

If you have a stomach ulcer, you will experience the following symptoms:

Below are the symptoms of duodenal ulcers:

Below are the ways ulcers can be prevented:

Personal hygiene is very important to prevent bacteria from entering the body. You need to be careful, and make sure you wash your hands thoroughly with soap and water while going about your daily activities. It is especially important to practice good hygiene when cooking, and before eating. The bacterium Helicobacter pylori enter the body through the mouth. Make sure you don’t share your spoons, forks, and, cups with others. Do not use other people’s utensils without washing them thoroughly.

Smoking has been found to cause ulcers by flushing acidic contents back up the esophagus. Smoking can also increase the chance of having a bacterium. It has also been found that smoking can make an ulcer worse. Therefore, it is important to reduce smoking or quit smoking altogether.

Prolonged use of non-steroidal anti-inflammatory drugs causes a reduction in the production of prostaglandins, which in turn reduces mucus production, creating an acid-base imbalance. You should ensure that you use NSAIDs on based the doctor’s prescription and do not overuse them.

A balanced diet is essential for preventing ulcers. They provide your body with nutrients. What you eat needs to contain more fruits and vegetables. Cut back on fried foods, and avoid foods high in fat. Finally, make sure you maintain a healthy lifestyle.

Home Remedies To Get Rid Of Ulcers

Below are ways you can get rid of ulcers at home:

Cabbage contains antioxidants that are high in vitamin C, which helps in treating Helicobacter pylori. It is also functional in curing injured intestinal lining. It is very effective in treating ulcers since doctors used it long before the advent of medicines. Wash the cabbage, cut into it smaller pieces, blend, sieve, and drink.

Ginger helps with a whole range of stomach ailments. Its gastric protective properties help treat gastritis, bloating, and constipation. Ginger can also help treat ulcers caused by bacterial infections (Helicobacter pylori) and prolonged use of NSAIDs. Take 1/2 tablespoon of dried ginger, you can make ginger tea by pouring ginger into hot water, letting it cool, and drinking it before meals. Can be done up to twice a day.

Unripe plantains are high in leucocyanidin, a flavonoid that helps produce mucus in the stomach. The mucus helps neutralize ulcers caused by too much acidic content. Wash the plantain, peel the back, cut into small pieces, place it in a container, and pour in water. Cover the water and let it ferment for 3 days. After 3 days it is ready for a drink!

Honey has antibacterial properties. It is known to inhibit the growth of the bacterium known as Helicobacter pylori, which causes ulcers. Before using honey as a remedy, make sure your blood sugar level is not too high. Use a tablespoon of honey every day before breakfast, and you can also use it with foods like wheat bread at any time of the day.

Aloe vera has anti-inflammatory properties. It releases a cytokine called IL-10 that aids in wound healing. Since cytokines help in wound healing, when you ingest aloe vera, the ulcer wound will begin to heal. Aloe Vera also helps reduce the acidic content in the stomach.

The above measures should help get rid of ulcers. However, if the home remedies to get rid of the ulcer do not relieve the symptoms you are feeling, it is important to see your doctor to avoid making the situation worse. Those with ulcer complications, such as perforations, should see their doctor quickly for treatment before it gets worse.

What Supplements are Preferred by Ulcer Patients?

Is Lavender Oil good for Ulcer?

Yes, with its anti-inflammatory properties, lavender oil helps cure ulcers. It has been reported that with its use, there is a reduction in inflammation level, size, and recovery period, along with no side effects.

What are the Common Symptoms of Ulcers?